As Paris Fashion Week swirls through the City of Light, there’s news that has the fashion world on its oh so stylish heels. “The end of an era” is how Vanessa Friedman in the New York Times described Jean Paul Gaultier's announcement that this year's Paris show will be his last ready-to-wear collection. Gaultier explained this change of pace in a letter to Women’s Wear Daily, “Commercial constraints, as well as the frenetic pace of collections, don’t leave any freedom, nor the necessary time to find fresh ideas and to innovate.” The designer plans to focus on his couture designs, fragrances and special creations for costumes and interiors. Indeed, it does feel like an end of an era. Read more Behind Jean Paul Gaultier's Goodbye.

Fortunately, things move fast in fashion. Even faster if you're a part of Paris Fashion Week, which glitters this year from September 23rd to October 1st. (And even faster if you're the paparazzi chasing Kim Kardashian and Kanye West around Paris…)  If you’d like a glimpse behind the scenes at Paris Fashion Week, grab your smart phone and steal looks at the latest designs on the runway with some of our favorite Instagram fashion mavens like Carin Olsson from @parisinfourmonths, Haleigh Chastain Walsworth from @makingmagique and Kristen Joy Watts from @kjw.

Posted on Friday, September 26th, 2014 at 3:58 pm in Paris Events. You can follow any responses to this entry through the RSS 2.0 feed. You can leave a response, or trackback from your own site. 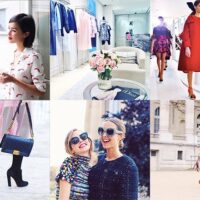 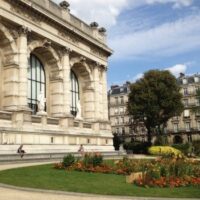 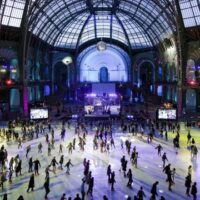