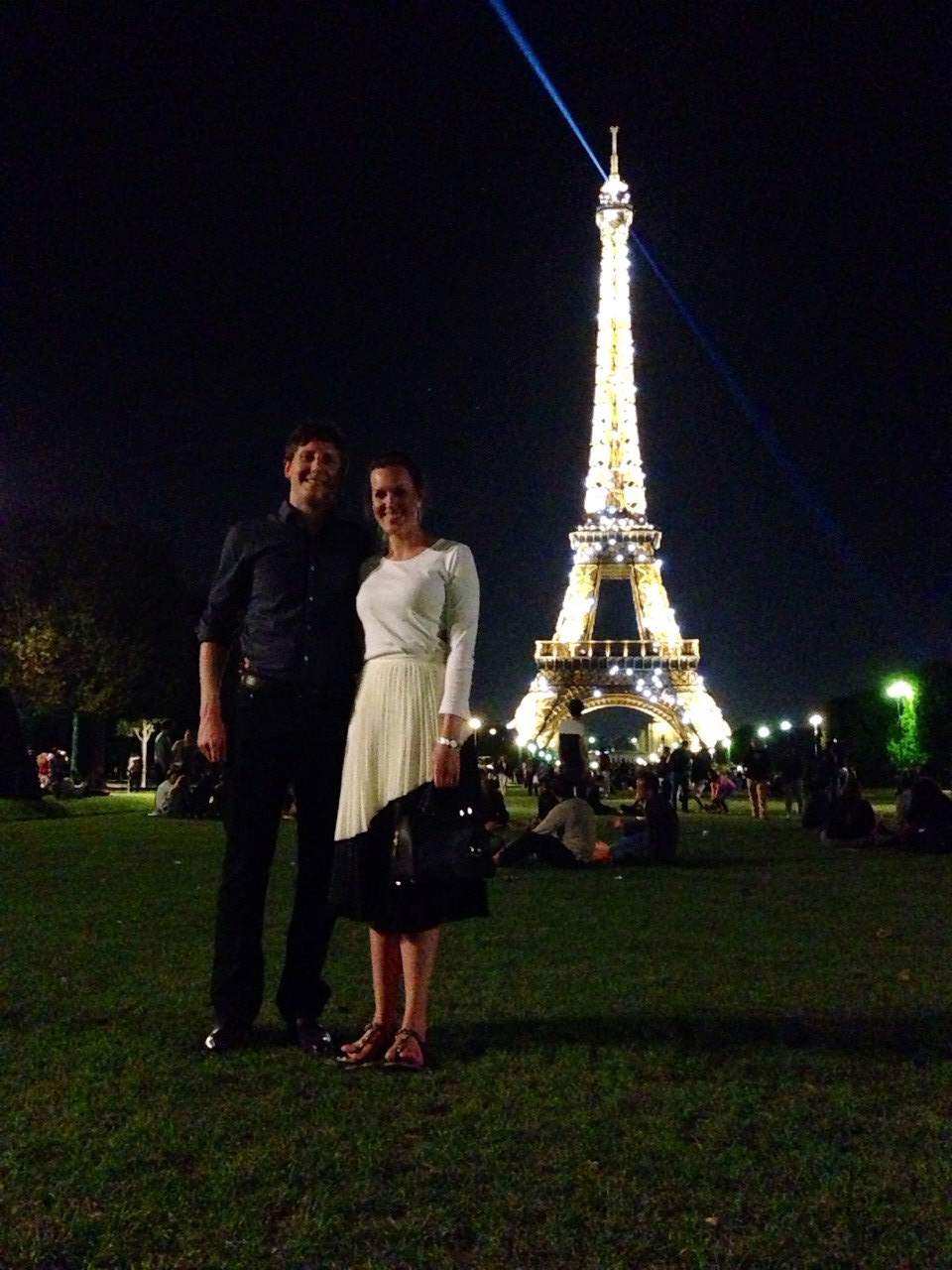 My name is Clair Szabo. My boyfriend of nearly four years is Jack Griffin. In August & September 2014 my parents and sisters visited Paris. They stayed in an apartment leased by Paris Perfect. Jack and I linked up with my family in Paris.
We visited their apartment. It was truly fabulous. we had an amazing time in Paris. Every evening there was this sparkling light show on the Eiffel Tower from 9.00pm to 1.00am. From the apartment we had this incredible view of the Eiffel Tower.
Here is an image of jack and I in the Champs de Mars before the Eiffel Tower during the evening light show. It is such a romantic setting. We were so happy together and in love in Paris. We are planning on spending our future together. A picture tells a thousand words, as the saying goes.
When Jack and I made it to the top of the Eiffel Tower, we were amazed at how Paris spreads out in all directions for enormous distances. The magic of Paris and our fascination of Paris arose from the romantic setting Paris offers. It is a beautiful city. We would dearly like to return.


Love this story? Leave a comment for Clair Szabo