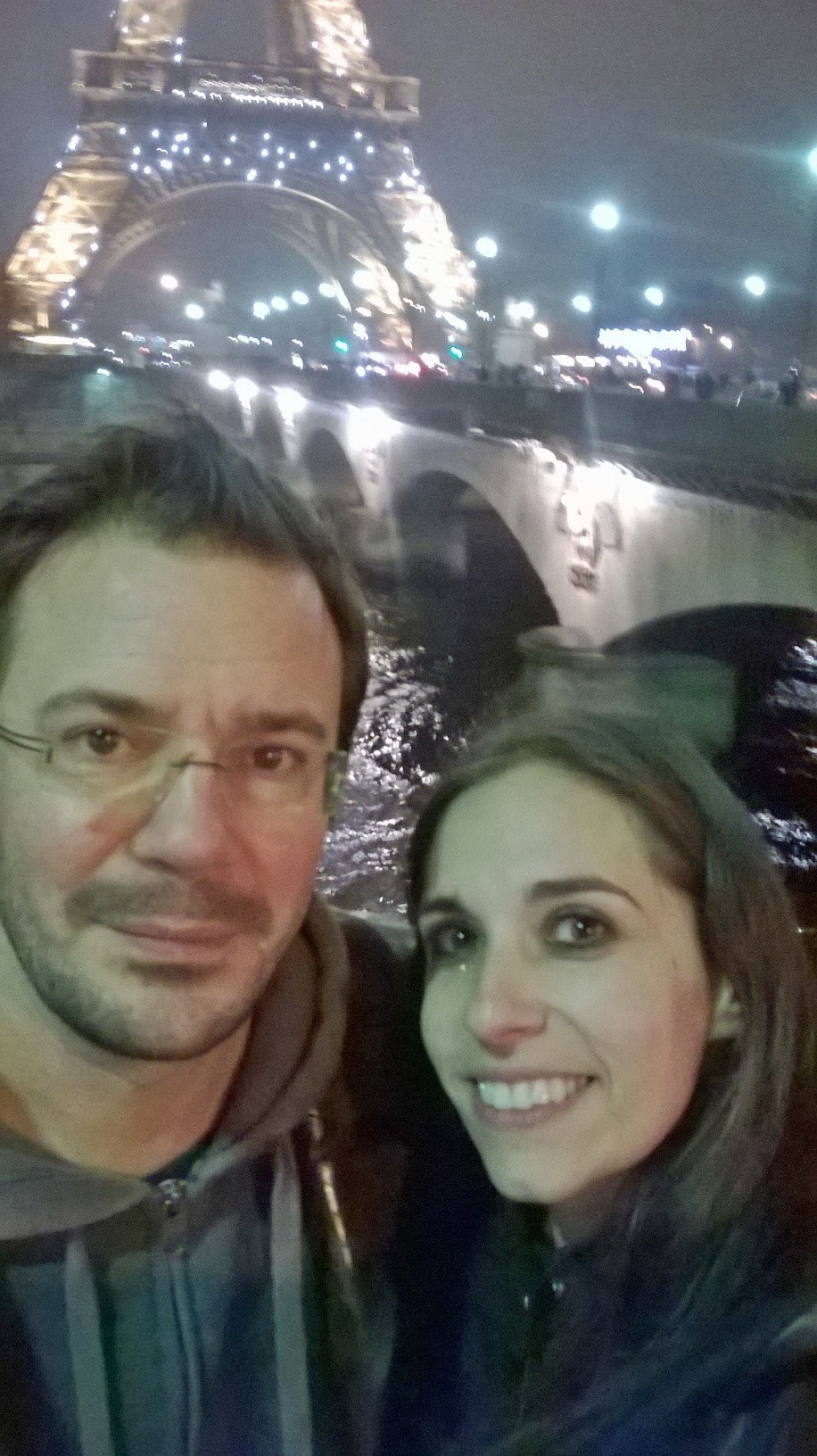 The day I met Sam, it was love at first "write". After a trip to Paris, I became completely enamored with the French lifestyle. Upon my return, I immersed myself in the French culture as much as I could, which included joining a language exchange program on an international pen pals website. It was there that I met Sam, a French artist living in the south of France, and the rest is history. Due to many circumstances beyond our control, we were not able to meet in person for almost two years from when we began writing in March 2012. But we wrote literally thousands of emails, had regular Skype dates, and managed to fall in madly in love without ever even having been on the same continent at the same time. To us, we know it is true love because we had nothing to fall in love with but each other's personalities. When we finally met in Paris few months ago, it was beyond my wildest imagination or dreams. Strolling through Paris, arm in arm with the love of my life, was like something out of a romance movie. A French boy, an American girl, and the city of light--it doesn't get any better than that. Our two year anniversary is coming up, so I would love to be able to go see my Sam again


Love this story? Leave a comment for Michelle Kelly