Where to Stay in Paris

From the quaint market streets and soaring Eiffel Tower views of the 7th arrondissement to the literary cafes and fabulous shops of Saint-Germain, discover the best neighborhoods in Paris. 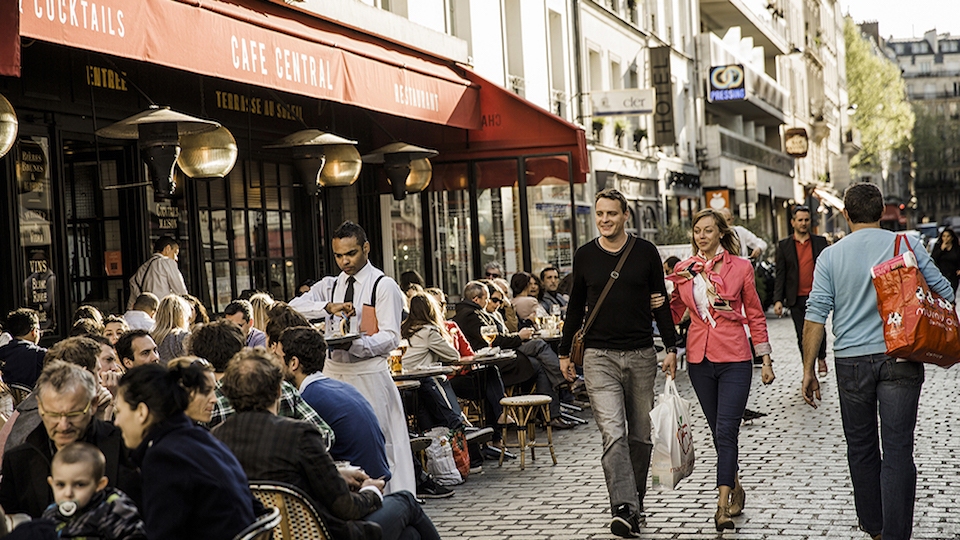 We are passionate about the neighborhoods where our apartments are located. Our hand-picked apartments are found in only the best neighborhoods, near the romantic Seine river, and close to museums, monuments, fashion boutiques, and the cafés and restaurants where local Parisians love to dine. We want you to enjoy every minute and have the vacation of a lifetime!

Where Should I Stay in Paris

A stay in one of our Paris Perfect vacation rentals in the 7th arrondissement puts you a stone’s throw away from many of the city’s landmarks, including the Eiffel Tower, Champ de Mars gardens, the Invalides, Rodin Museum, the incomparable Musée d’Orsay and the cutting edge Musée Branly to name a few. With its proximity to the Seine, fabulous open air markets and stately tree-lined avenues, the 7th is considered one of the best walking neighborhoods.  Shopping, dining and living alongside Parisians, this is Paris as you have imagined and dreamed!

Read more about the 7th arrondissement in Paris

Considered one of the most appealing neighborhoods by Parisians, the 15th arrondissement is located just across the Champ de Mars from the 7th arrondissement and stretches out along the Left Bank of the Seine. Just off the more beaten path for tourists, it’s the perfect spot to enjoy Parisian charm like a local. Stroll through the Champ de Mars and admire the Eiffel Tower before hitting rue du Commerce, one of the best shopping streets in Paris. Locals love the Marché Grenelle with its fine selection of meats, cheeses, fresh produce and flowers. While in the 15th arrondissement, don’t miss the chance to explore the Montparnasse neighborhood, home to the Tour Montparnasse skyscraper along with historic cafés and bistros that were the haunt of artists and writers in the early 20th century.

Stepping out the front door of your Paris Perfect apartment rentals such as the Forez and Morey you will find yourself amidst some of Paris’s most charming streets, lined with quaint shops, patisseries, bakeries, wine shops and cafés, making the neighborhood an absolute paradise for food lovers, shoppers, and coffee drinkers.

Read more about the 6th arrondissement in Paris

The tiny Île de la Cité is where the history of Paris begins. It was here the first inhabitants settled on the small island around 300 BC, and here where the Romans later founded the town of Lutetia. This settlement would become the seat of political and religious power for the ancient Kings of France. As the birthplace of Paris and an important center of wealth and influence, it comes as no surprise that the Île de la Cité boasts some of Paris’ key sights.

Visitors come from around the world to see the famous Notre-Dame Cathedral and discover the charms of the Île de la Cité. Take a leisurely stroll around the island to visit the Sainte-Chapelle with its breathtaking walls of shimmering stained glass, the grand Palais de Justice law courts, and the Conciergerie, a prison used during the Revolution. Don't miss peaceful Place Dauphine with its lovely cafés and restaurants. Enjoy the best of Parisian living at our residence at La Place Dauphine to enjoy a convenient central location between the Left Bank and Right Bank!

The 3rd and 4th Arrondissements: The Marais

Once the haunt of old nobility, the Marais neighborhood in Paris’ 3rd and 4th arrondissements is a popular and thriving community known for its trendy boutiques, restaurants and wonderful museums. Tourists crowd the narrow pre-Revolutionary streets to absorb the atmosphere of this lively Parisian neighborhood. The Marais neighborhood dates from the 17th century when noblemen began building large mansions here. These are the grand hôtels that line the streets of the Marais today, many of which have been restored into residences and museums. Be sure to visit the Musée Carnavalet, dedicated to the history of Paris. Le Marais is also home to the Musée Picasso, containing an unparalleled collection of works by this famous modern artist.

Read more about the Marais in Paris

One of the perks of staying in the 7th arrondissement is that you’re just across the Seine river from Paris’ grand Champs-Elysées district. Crossing over the Seine on the beautiful Pont de  l’Alma, Pont des Invalides or the Pont Alexandre III bridges takes you to Paris’ 8th arrondissement.

Walking along the broad and elegant Avenue des Champs-Elysées, you’ll discover a different world of luxury boutiques displaying Paris’ world famous fashions. This is the place to see and be seen, so sit back and enjoy some topnotch people watching from one of the cafés lining the street. Find more information about shopping in the Golden Triangle, or Le Triangle d’Or here.

Nearby you’ll fine Paris’ famous hotels, such as the Plaza Athénée, Bristol, the Hôtel de Crillon, and the Four Seasons Hotel. A visit to Paris is not complete without seeing the Arc de Triomphe, offering stunning views of the Avenue des Champs-Elysées and Paris.

Visiting the chic 8th arrondissement is a real must during your stay in Paris. Our Paris Perfect apartments in the 7th put you just a leisurely stroll away!

One of the most desirable neighborhoods in Paris, the 16th arrondissement is the place to enjoy a taste of elegant Parisian-style living. For a picture-perfect view of the Eiffel Tower, the Jardins du Trocadéro just across the Seine never disappoints. From here the 16th arrondissement stretches northeast to the Arc de Triomphe, the chic 8th arrondissement to the east, and is bordered by the lush Bois de Boulogne park to the west. The second largest park in Paris, the Bois de Boulogne is home to the Fondation Louis Vuitton art museum with its striking building designed by Frank Gehry. Just at the eastern edge of the park sits the Musée Marmottan Monet, a must for art lovers in Paris. The 16th arrondissement offers an abundance of museums to explore as well as classic Parisian experiences like shopping at the Marché Président Wilson, one of the finest open air markets in Paris.

Welcome to the 1st arrondissement, home to royal palaces, beautiful gardens, the impressive Louvre Museum and some of the best shopping in Paris. France’s kings and emperors once walked along the stately Tuileries Gardens, and there’s still an air of royalty about this stately quarter. Art lovers will enjoy staying in the 1st arrondissement near the Louvre Museum, the largest in the world, the Musée des Arts Décoratifs and the Impressionist treasures at the Musée de l’Orangerie.

Shoppers will delight in discovering the elegant shops along the Rue de Rivoli and the trendy boutiques in the lively Les Halles quarter. Stroll along the charming streets to the rue Montorgueil open air market, one of the oldest in Paris, where you’ll find cafés and restaurants with pretty outdoor seating. Centrally located in the heart of Paris, just cross the Seine River to the romantic Ile de la Cité island and see the outstanding Notre Dame Cathedral. The Ladoix Paris vacation rental is in the heart of the 1st arrondissement. It’s a beautiful home to live in while you’re in Paris

Read more about the 1st arrondissement in Paris

The cherry on top of this charming, hilly northern quarter is the Sacré-Coeur Basilica, sporting lofty white domes visible from all over town. Once dotted with windmills and vineyards, this rustic neighborhood was annexed to Paris in 1860, becoming a haunt for artists and bohemians including Picasso, Van Gogh and Toulouse-Lautrec. Portrait painters still flock touristy Place du Tertre – for racier art catch a cabaret at the iconic Moulin Rouge. Glimpse the only working vineyard Le Clos Montmartre at rue des Saules or sample its wines in the local bars.

Read more about the 18th and 9th arrondissements in Paris