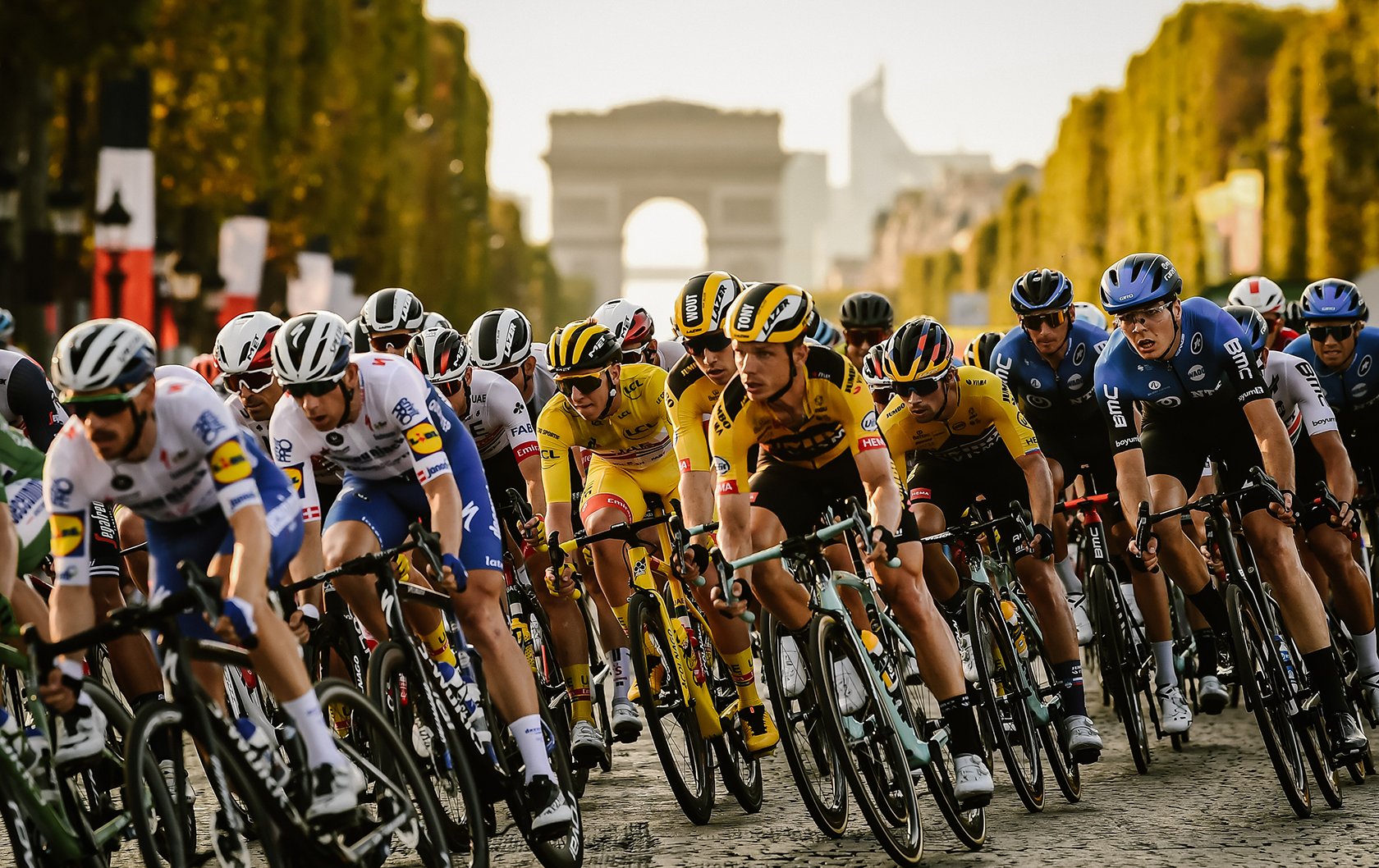 The spectacular finish to the 2020 Tour de France on the Champs-Élysées (Credit: A.S.O./Pauline Ballet)

All eyes will be on Paris as the Tour de France reaches its grand finale in the capital on Sunday, July 18th. Whether you’re lucky enough to be in town – or watching the epic race on TV at home – here’s our guide to all the action.

Americans have the Super Bowl, Brits have Wimbledon and the French have the Tour de France. When the world’s most exciting bicycle race sweeps into Paris for its final, high-speed sprint stage, it will be the culmination of three weeks and 2,121 miles of thrilling adventure. But there is so much more to Le Tour than just a bike race. The Tour de France really is the most beautiful sporting event of them all. 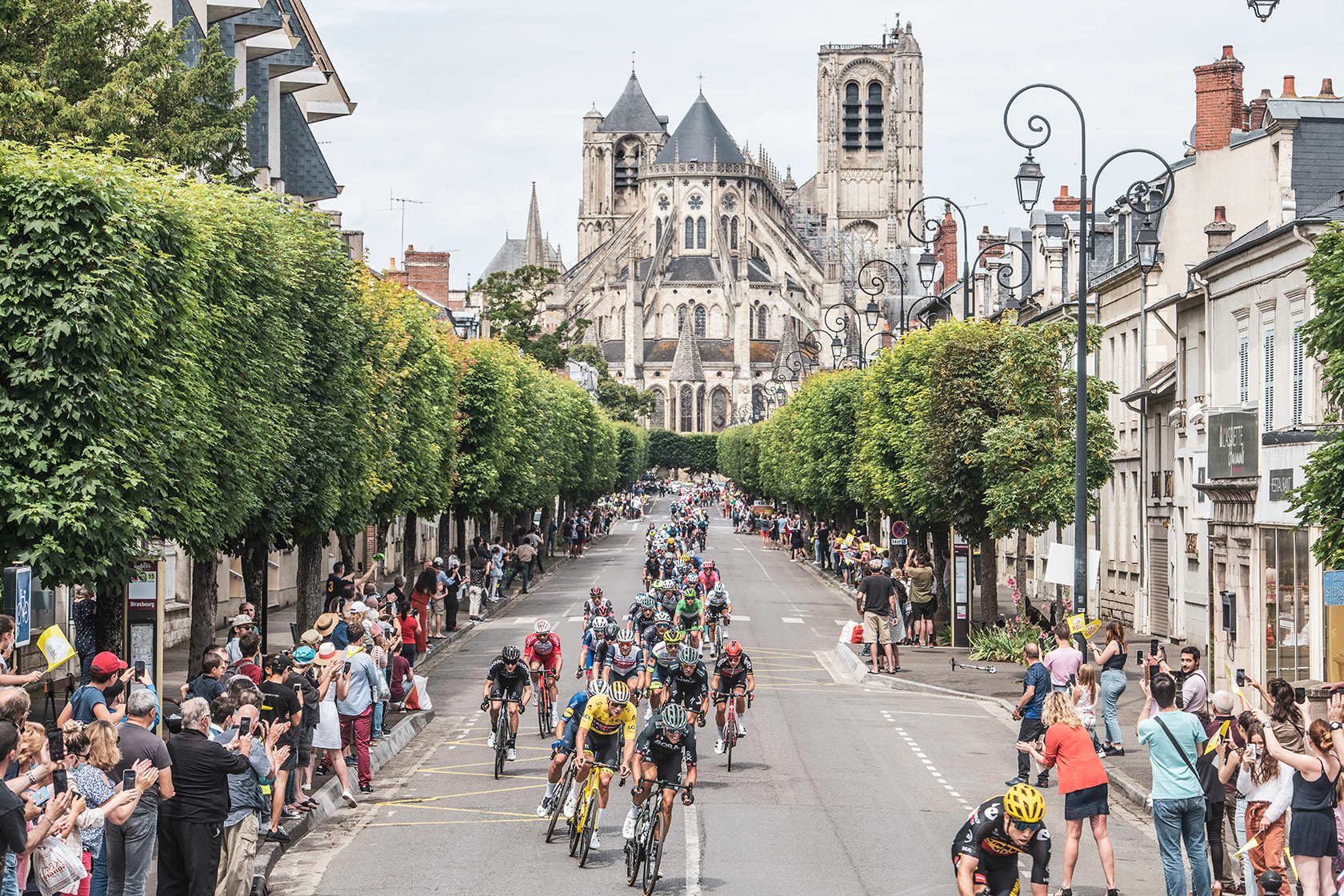 This year’s race has twisted and turned from the gorgeous green coastline of Brittany to the epic slopes of the Alps, the barren moonscape summit of Provence’s Mount Ventoux, and the vertiginous descents of the Pyrenees. Along the way, it has passed through jaw-dropping landscapes, back dropped by magnificent châteaux, ancient fortresses, breathtaking bridges, sparkling rivers and fields of lavender and sunflowers. The route of the 21-stage men’s race changes annually, taking in dazzlingly different regions of France, allowing viewers to get a taste of its local heritage, architecture, food and wine. 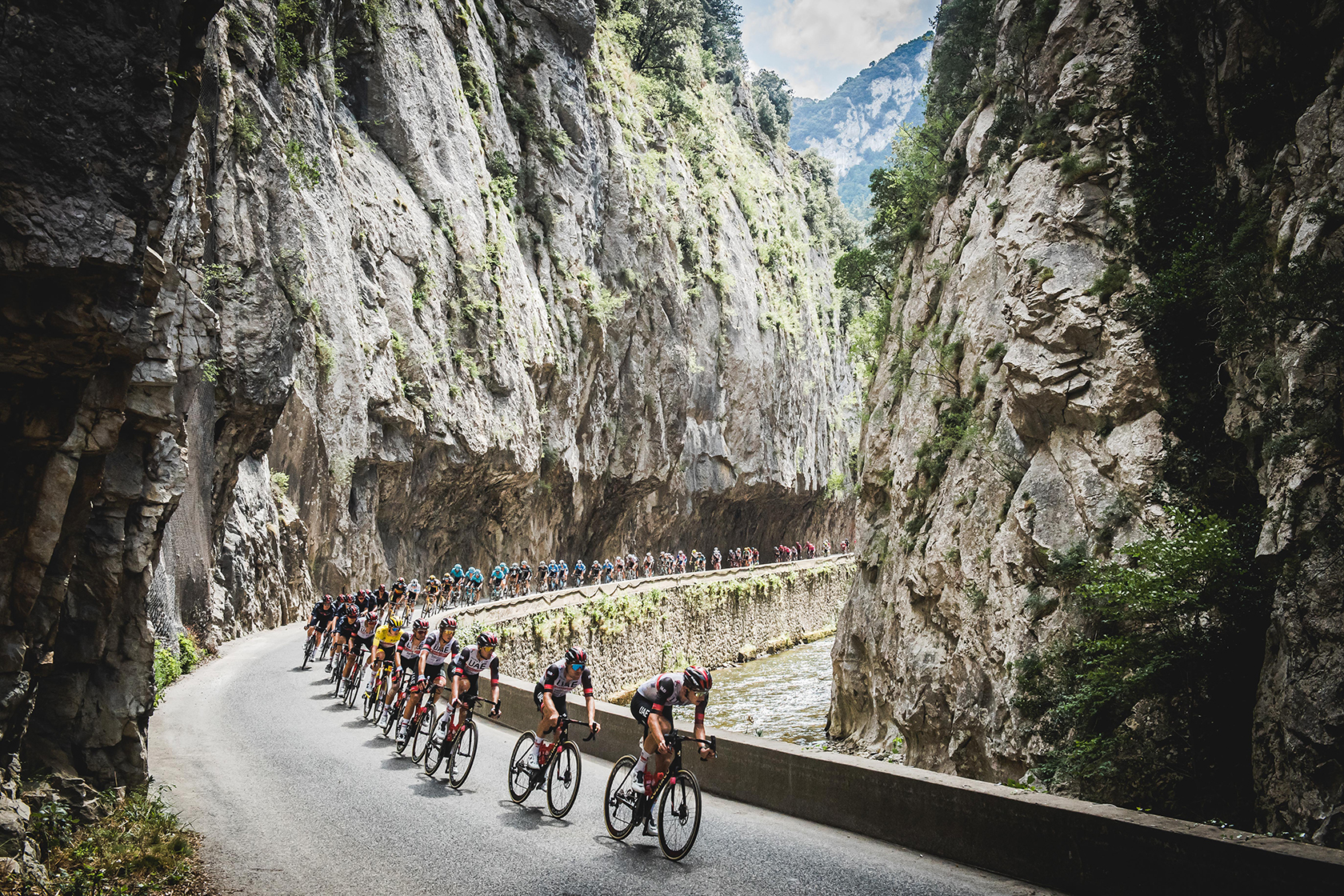 To understand the Tour de France, you have to understand its special place in the country’s heart. It’s a touchstone of history, culture, heroism and emotion that’s at the core of French identity. Established in 1903, the Tour began life as a marketing stunt for French sports newspaper L’Auto. In the harsh early years, riders had to carry equipment to repair their own bikes on unpaved roads, stopping off to grab food from cafés or swig down a beer. The race ran every year except for two breaks during wartime, and featured national teams at one point, before reverting to trade teams. Originally it was a European affair, with famous names including Frenchman Jacques Anquetil, Belgian Eddy Merckx and Frenchman Bernard Hinault, but now competitors are increasingly international. A huge hit, the race attracts around 10 to 12 million spectators lining the roads, cheering the riders on and even running beside them on the mountain trails (an eccentric in a devil costume is a regular fixture). A massive global TV audience also tunes in to catch the drama, passion and intrigue. 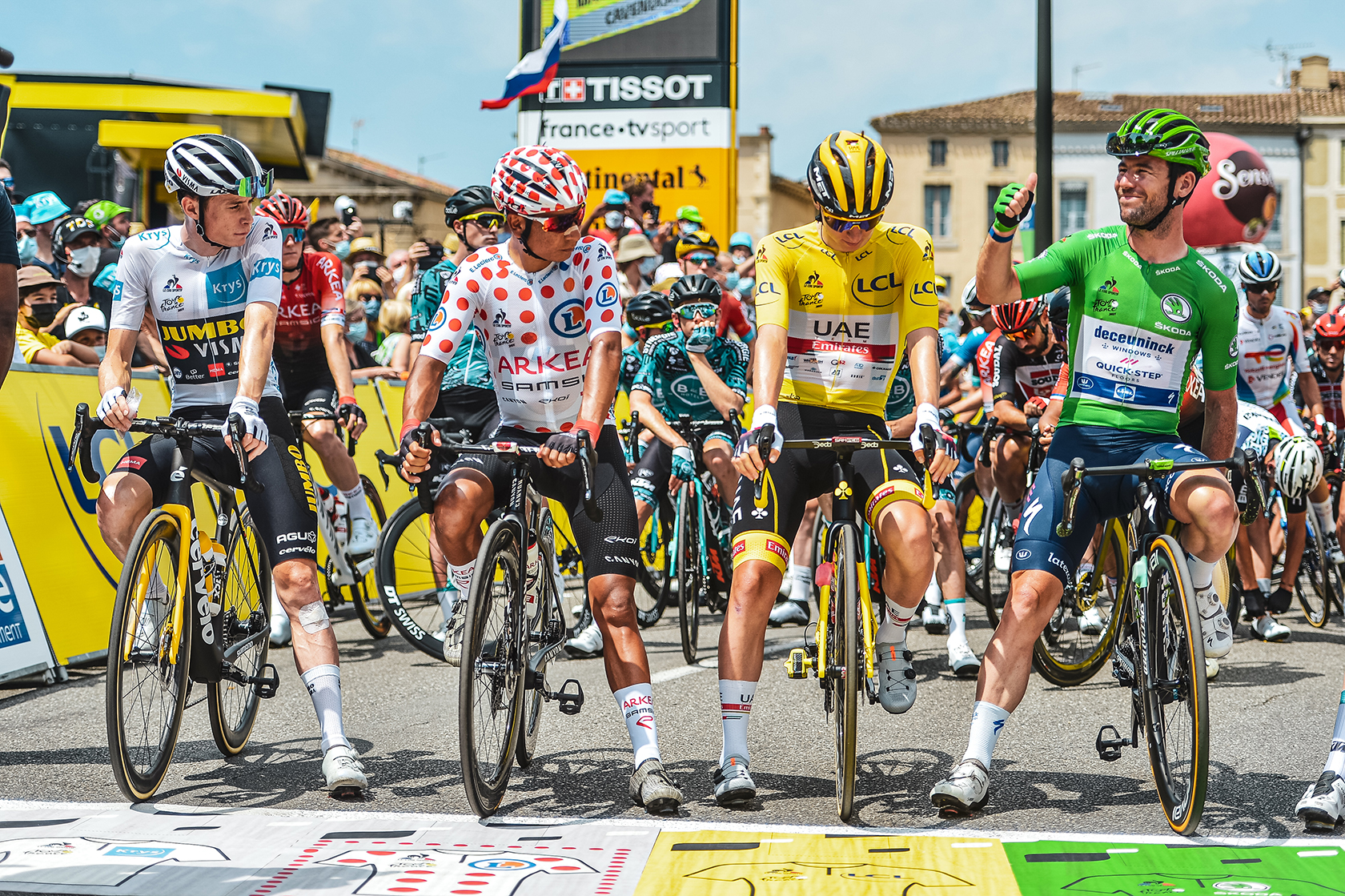 Trust the French to have an eye for sporting fashion! The jerseys worn by the Tour’s best riders indicate four key races within the race. Most coveted is the yellow jersey (maillot jaune), worn by the rider who reaches Paris in the shortest time, calculated across all the stages. This “golden fleece” is fought over by the General Classification (GC) riders, all-rounders who can handle the big ascents. The polka dot jersey is for the pure climbers dreaming of being crowned King of the Mountains, the green jersey for the fastest sprinters, and the white jersey for the best young rider. Individual stage hunters, working together in breakaways, often hope to thwart the main peloton and snatch a surprise win. The last placed finisher is dubbed the red lantern (lanterne rouge), a symbol of suffering, although cyclists sometimes compete for this infamous title. 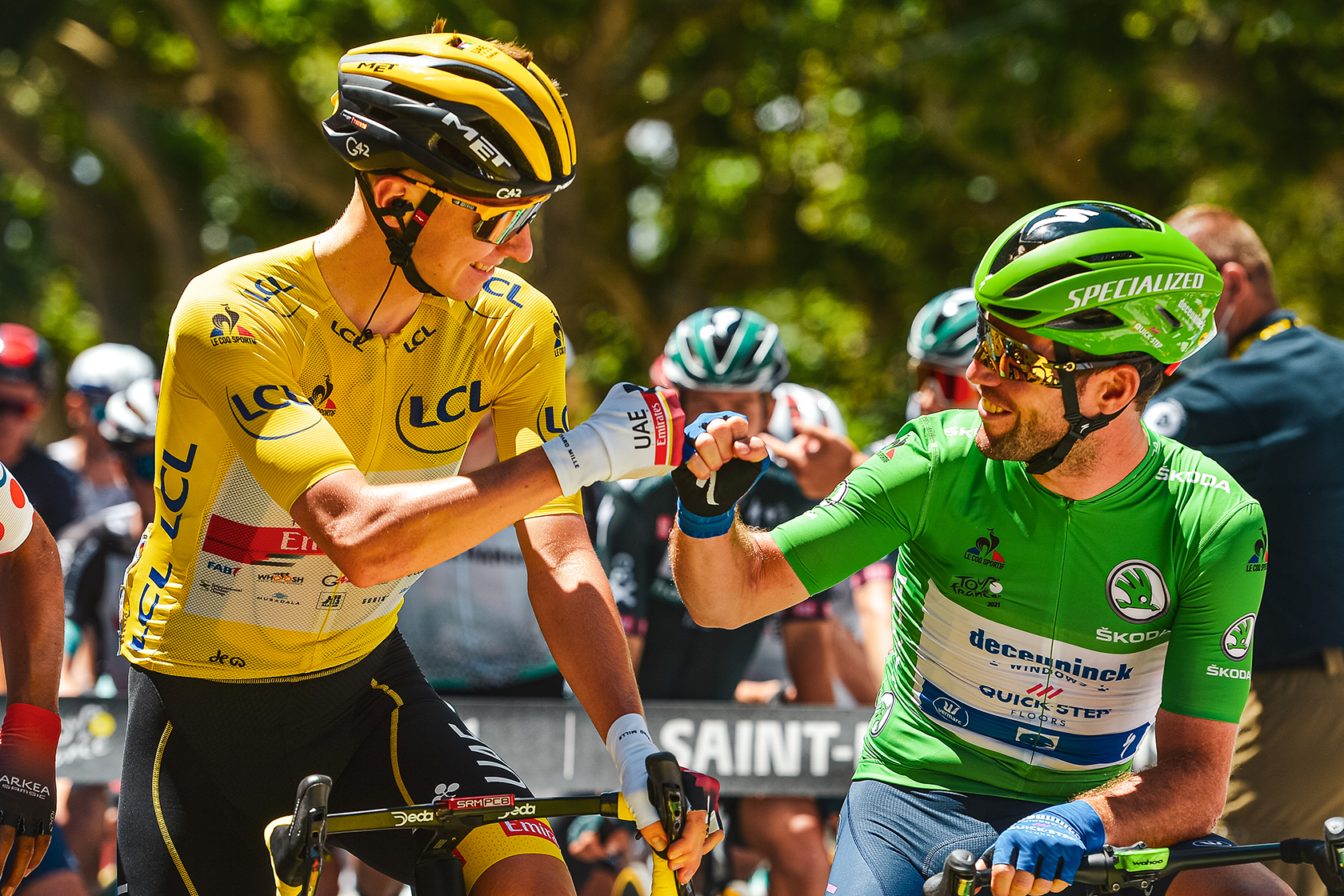 2021’s compelling Tour – the 108th edition – has spawned spectacular mass crashes and incredible solo efforts. Look out for young Slovenian hotshot Tadej Pogačar, expected to hold the famed yellow jersey all the way to Paris. The biggest story, though, was comeback star Mark Cavendish, a veteran British sprinter who returned from illness and near-retirement to dominate a fistful of adrenaline-fueled sprint wins. Securing his status as the best pure sprinter of all time, he also equaled Eddy Merckx’s legendary record of 34 stage wins in the Tour de France. If he survives the grueling mountains, Cav will have the chance to go one or two better, and gun for sprint glory on the Champs-Élysées. 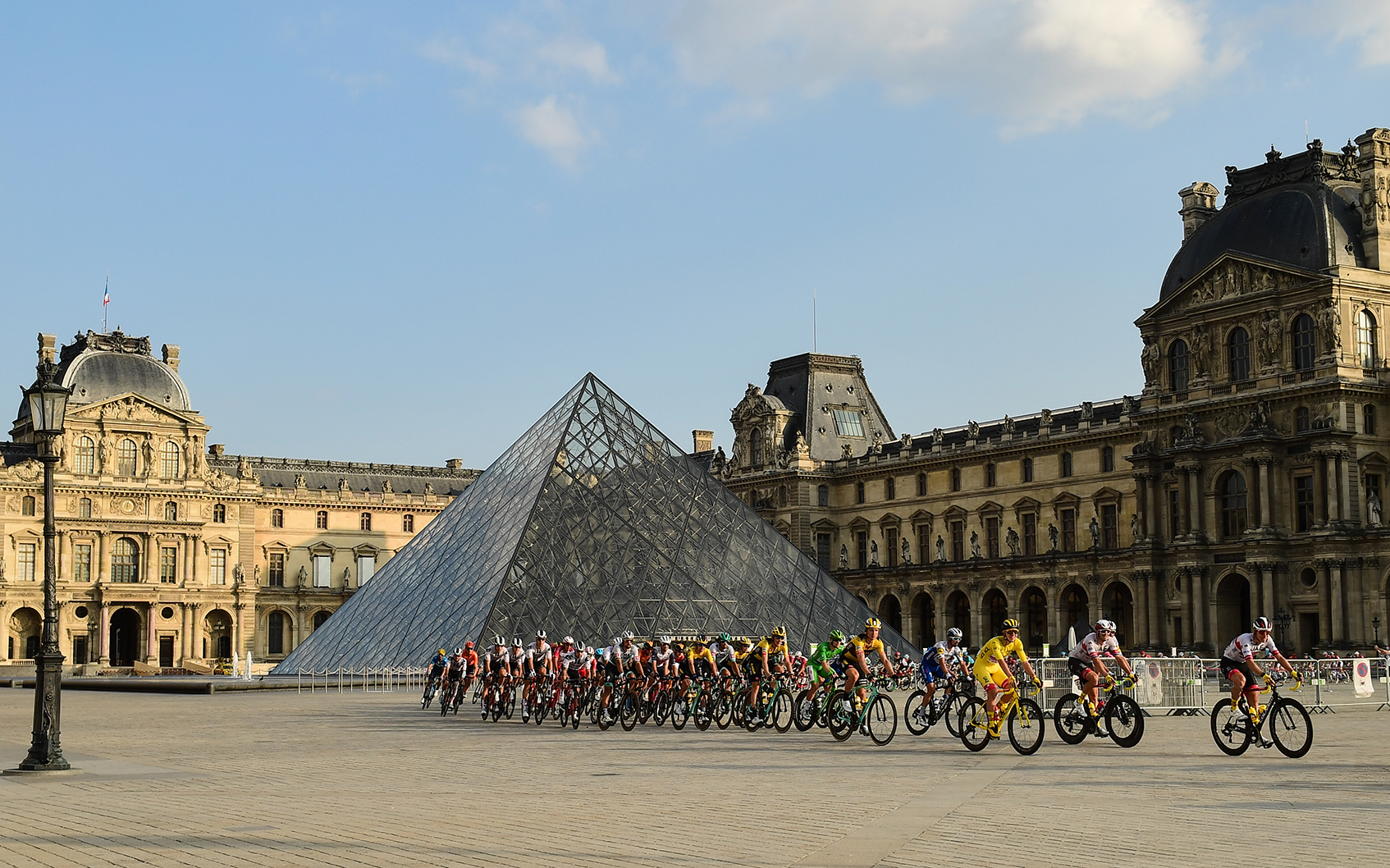 Those in Paris on Sunday are in for a treat. The final day is partly ceremonial – a quirky tradition means most of the jerseys are settled the previous day, allowing teams to relax, chat and sip Champagne as they pedal past Versailles into Paris. However, the fast men in the green jersey competition will still sprint for a highly prized victory at the end of the course. The riders pass by the iconic Pont Neuf bridge, Louvre Pyramid, Tuileries Garden, Rue de Rivoli and Place de la Concorde before racing eight circuits around the cobble stoned Avenue des Champs-Élysées and Arc de Triomphe. Luckily, Paris Perfect has stylish vacation rentals nearby, including luxe apartments at Place Dauphine. See Stage 21 race timings here. Turn up early to grab a free spot behind the barriers, watch the champion crowned at sunset and shout “Vive le Tour!”

Posted on Wednesday, July 14th, 2021 at 8:39 am in Paris Events. You can follow any responses to this entry through the RSS 2.0 feed. You can skip to the end and leave a response. Pinging is currently not allowed. 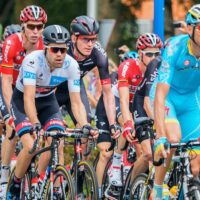 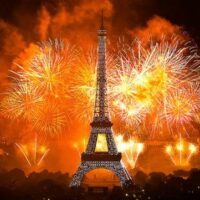