Running through the very heart of Paris, the Seine is the beating heart of the City of Light. Browse the bouquinistes along the its banks or simply enjoy the views from its many beautiful bridges. 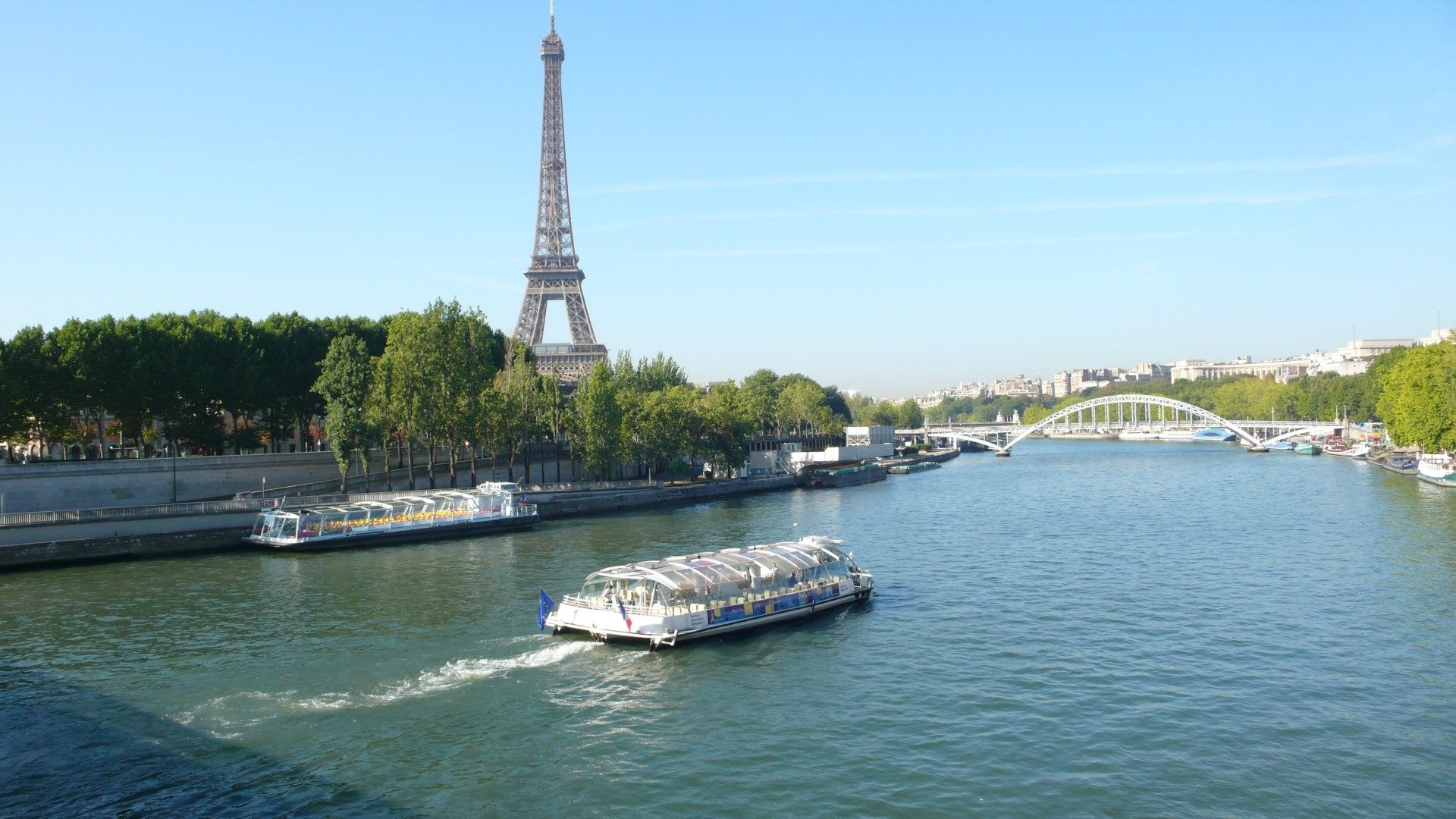 Cutting through the very heart of the Paris, the Seine River is the epicenter of the vibrant French capital. The gentle waterway is an integral part of the city and its fascinating history. Lined with traditional booksellers and bordered by beautiful boulevards, historic cafés and charming neighborhoods, the river is an attraction in its own right.  Walking along the banks of the Seine or taking a relaxing boat tour down its waters is an excellent way to get acquainted with the City of Light. Along the way you’ll encounter a series of beautiful and historic bridges, along with some of the French capital’s most famous buildings and monuments, including the Louvre Museum, Eiffel Tower and the Cathedral of Notre Dame.

The two banks of the Seine are referred to as La Rive Gauche (the Left Bank) and a La Rive Droite (the Right Bank). Both banks are listed as UNESCO World Heritage Sites and they each offer their own distinct flavor of the Parisian experience.

Rive Gauche (Left Bank)
The Left Bank has long been linked to writers, artists and café culture. The likes of Hemingway, Picasso and Matisse all once called the La Rive Gauche their home and today it’s the perfect place to get lost on foot and watch Parisian life pass by. Grab an old-fashioned hot chocolate at Le Deux Magots, explore the winding alleyways of the Latin Quarter or browse the bouquinistes set up along the river.

Rive Droite (Right Bank)
Whereas the Left Bank has historically been associated with the arts, philosophy and other intellectual pursuits, the Right Bank of the Seine has always had stronger links with commerce and trade. La Rive Droite was traditionally the wealthier side of the Seine, though this is not entirely true in modern times. This side of the Seine also lays claim to many of Paris’ most notable attractions, including the Louvre Museum and Arc de Triomphe.

Bouquinistes
One of the unique and charming features you’ll encounter as you stroll up and down the Seine are the independent book vendors (bouquinistes) selling old books, magazines and collectables from iconic green metal boxes. Browsing bouquinistes along either side of the Seine is a quintessential Parisian experience and they are a great source for unique souvenirs and gifts to take back with you after your trip.

Famous Bridges
Over a dozen bridges connect the Left and Right banks of the Seine as the river snakes its way through the heart of Paris. Each has its own unique history and striking features, but there are a few in particular that certainly stand out.

Without the Seine, there would be no Paris. Over two thousand years ago a Celtic tribe established a fishing village on the Ile de la Cité, and island in the Seine where Notre Dame Cathedral now stands, and called in Parisii. The chosen location for Parisii was no accident. The Seine was a valuable trading route connecting the English Channel to modern-day Dijon, and Parisii’s location at the center of this route proved prosperous. Over the centuries the small riverside village grew into a bustling trading post and by the 12th century, Paris had grown into the largest city in the western world.

Through Roman conquerors, medieval kingdoms, emperors and revolutions, the Seine has remained at the heart of Paris. Many of the city’s most famous monuments and buildings, such as the Eiffel Tower, Louvre Museum and Place de la Concorde, sit right along its banks. Today residents and visitors alike still head to Rive Gauche and Rive Droite for sightseeing, shopping, dining or simply to watch the world go by.

For a relaxing way to take in all the best views from the Seine, we recommend a riverboat tour. The journey lasts two hours and take you past all the marvelous bridges and monuments along the river, giving you a chance to snap some incredible holiday photos. If it’s a romantic evening you’re after, why not take a guided evening walk along la Rive Gauche? After strolling past beautiful gardens and charming historic streets, your guide will take you to Place Saint-Michel, where you’ll be surrounded by dozens of amazing restaurants to choose from for the night.