The holidays mean lots of meals with family and friends.  If conversation starts to lag at the table, perk things up with this Paris Quiz.  There are 11 questions because I just couldn’t delete any! 1. What will you find underneath the Opera of Paris, the Palais Garnier?

a. A Temple
b. Gift Shop
c. A subterranean lake

Answer: An underground lake.  This lake made construction of the Palais Garnier in the 1870s very difficult. The hidden lake and the deadly crash of a gigantic chandelier in 1869 inspired the Gothic novel The Phantom of the Opera.

2. The Miracle of the Marne refers to a World War I battle in which France was saved by:

a. New British Tanks
b. Parisian Taxicabs
c. An outbreak of Cholera

Answer: Parisian Taxicabs!  On Sept 5 to 12, 1914 some 600 Paris taxicabs carried 6,000 reinforcement troops to the battle along the Marne, securing victory for French troops against the Germans.

3. Which of the following treasures is not housed in the Louvre?

a. The Thinker
b. Mona Lisa
c. Venus de Milo

Answer:  The Thinker is in the gardens of the Rodin Museum on the Left Bank. A wonderful and place to picnic near the Invalides.

4. Jim Morrison, Oscar Wilde and Frederic Chopin are among the famous people buried in which cemetery?

5. Why is Café Procope famous?

Answer:  Opened in 1686, Café Procope is said to be the oldest café in Paris. Historic luminaries such as Ben Franklin, John Paul Jones and Thomas Jefferson ate here in the 1700s. Voltaire is supposed to have drunk 40 cups of coffee per day here.

6. What do you see at the Musée des Egouts?

a. Dolls
b. Costumes
c. Sewers

Answer: The Musée des Egouts is the Paris Sewer Museum, located near the Eiffel Tower and a truly fascinating look at the city’s ancient underground works, one of the cleanest cities in the world. The innovation changed the world: from enormous granite balls that roll through the sewers to clear them, to wooden boats and especially spooky, all of the Streets of Paris leading through the sewers, each one marked with old wooden signs. Very Phantom of the Opera!

7. How much of Paris is covered in parks and gardens?

8. Where does Paris rank on the World’s list of most populous cities?

9. The earliest settlers of Paris were:

Answer:  Celts: Modern day Paris was founded in about 250 BC by a Celtic tribe called the Parisii. They founded a fishing village at “Kilometer 0” on the Ile de la Cité. One of the most historic and beautiful islands in the world, Notre Dame stands here today. The Ile de la Cité location was ideal not only for fishing, but the river Seine operated a natural moat to protected the Parisii from invaders.

10. The oldest monument in Paris is the:

Answer:  The 3,000 year old Egyptian Obelisk on Place de la Concorde.  It's originally from the Palace of Luxor and brought over by Napoleon's troops.

11. What is the oldest hotel in Paris?

Answer: Hotel Henri IV on Place Dauphine is believed to be the oldest hotel in Paris. It was built over 400 years ago in 1608. One of the most charming squares of Paris, the Place Dauphine was founded by King Henry IV (known as the Green Gallant for his ‘budding’ energy when it came to women). He named it in honor of Louis the Dauphin (the future Louis XIII).  This historic square, lined with chestnut trees is undoubtedly one of the most romantic and beautiful locations in Paris. Place Dauphine on the Ile de la Cité.  This is Kilometer Zero, where Paris was founded by the Parisii in 250 BC.  The square is virtually unchanged since it was founded in 1603. 1700's Map of Place Dauphine in the Paris Archives, Posted on Thursday, December 26th, 2013 at 8:20 pm in Favorite Paris Stories. You can follow any responses to this entry through the RSS 2.0 feed. You can leave a response, or trackback from your own site. 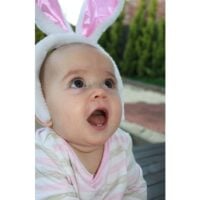 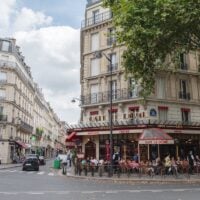