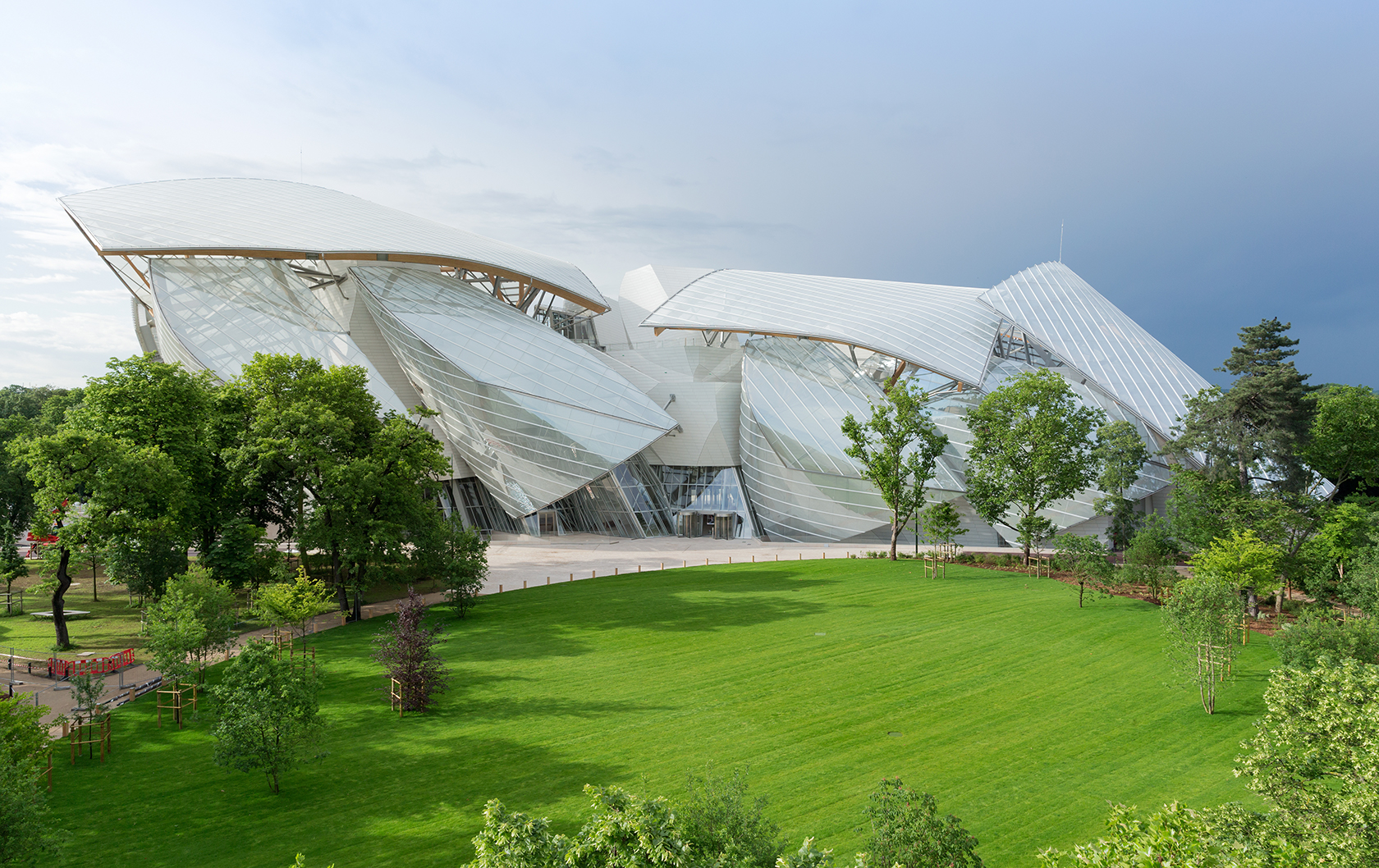 The French capital is famous for its elegant 19th-century Haussmann-era buildings, which create the remarkably holistic look and charming feel of the city. However, fans of more contemporary design will find lots of cool modern architecture in Paris too. We’ve rounded up eight of the best statement buildings, all well worth a visit – or just great to snap as you wander around town. Stylish Paris Perfect vacation rentals beckon nearby for those planning a holiday, or read on for inspiration for future trips.

Completed by Canadian-American architect Frank Gehry in 2014, the Fondation Louis Vuitton sits beside the Jardin d’Acclimatation in Bois de Boulogne, a huge park on Paris’s west side. An art museum and cultural center sponsored by the French fashion brand, it evokes the tradition of 19th-century glass garden buildings but with a dramatic modern spin. Dubbed the “icebergs,” its white concrete blocks are surrounded by 12 soaring glass and timber sails rearing over a minimal water feature. The play of light and reflections make for great photos, or pop in to catch a contemporary art show. 8 avenue du Mahatma Gandhi, Bois de Boulogne, 75116 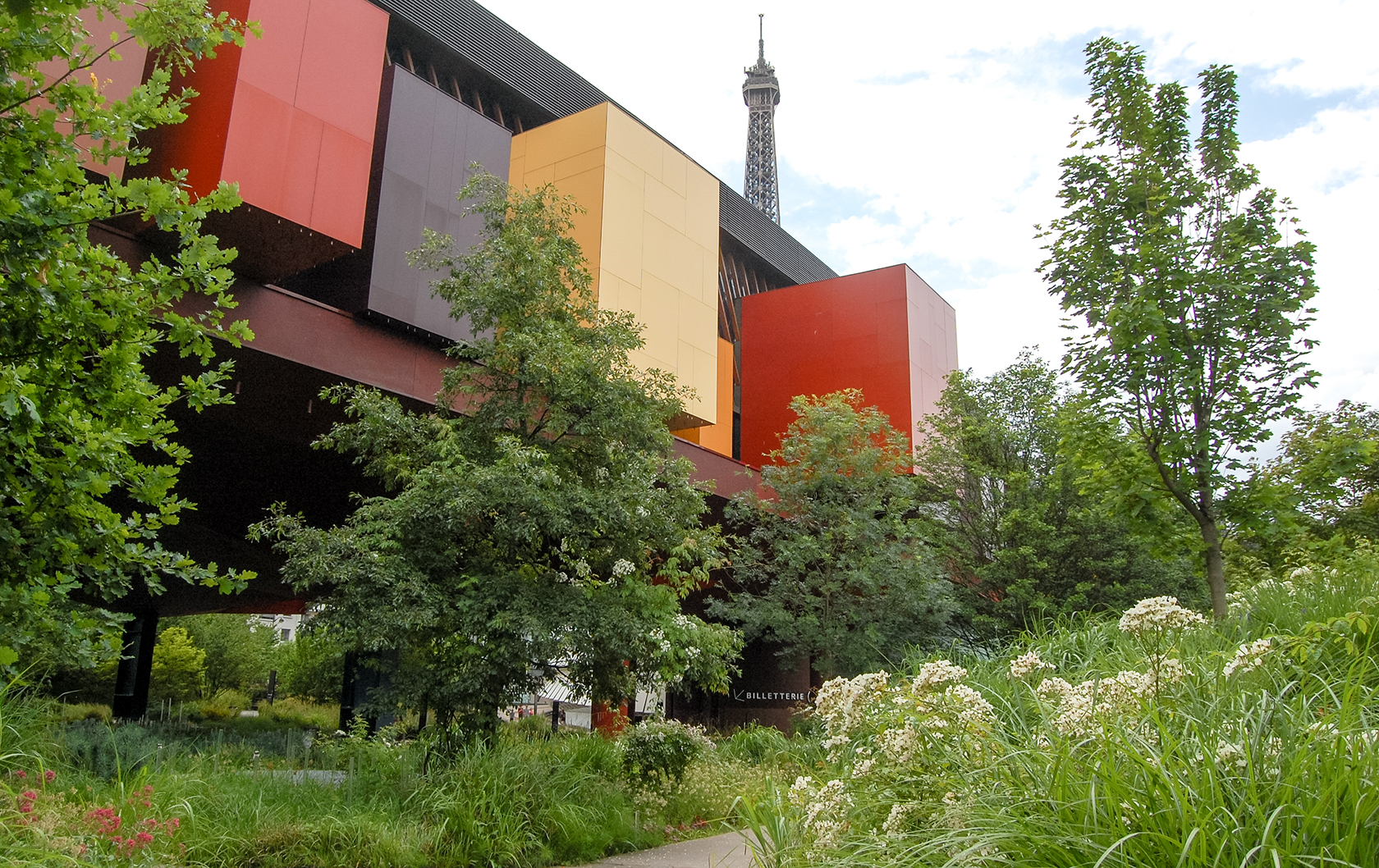 The Musée du quai Branly near the Eiffel Tower

You can enjoy family fun and Paris’s modern architecture at the Musée du Quai Branly – Jacques Chirac. It was designed by Jean Nouvel in 2006 to house a collection celebrating the arts and civilizations of Africa, Asia, Oceania and the Americas. Perched on stilts near the banks of the Seine, the daring five-level contemporary structure resembles a long footbridge. Suspended multi-colored “boxes” offer more intimate exhibition space. To reach the museum, visitors pass through an undulating garden by Gilles Clément; the living wall of greenery is by French botanist Patrick Blanc, incorporating around 15,000 plants from 150 species. Paris Perfect has stylish stays in the 7th arrondissement nearby, including the pretty Chambertin a skip from the Eiffel Tower. 37 quay Branly, 75007 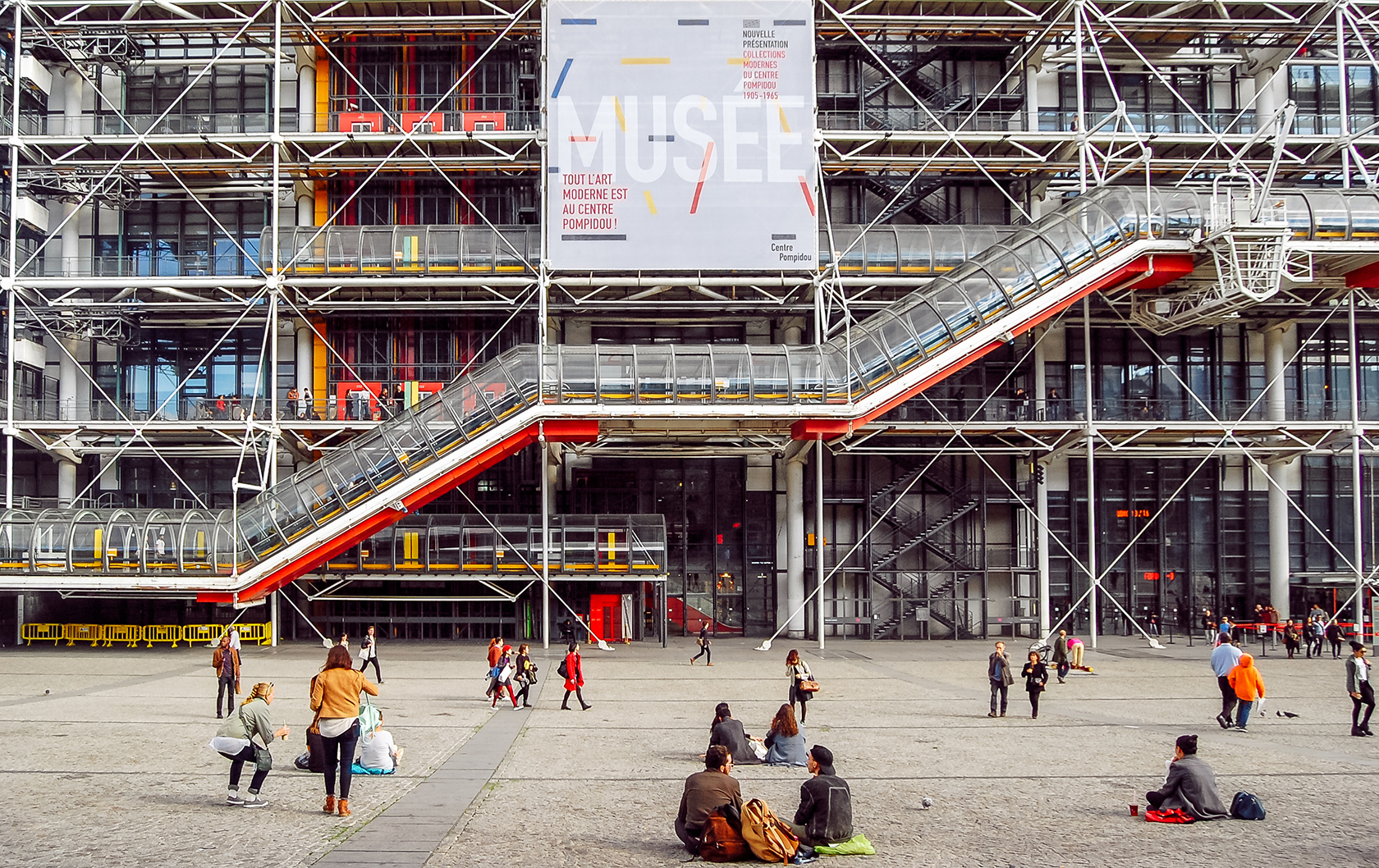 Can you imagine an inside-out building? The Centre Pompidou is just that, an art gallery allowing viewers outside to see its internal workings. An iconic example of modern architecture in Paris, this 1977 glass-meets-metal marvel by Brit Richard Rogers and Italian Renzo Piano still feels thrilling. Spread out over 10 levels and devoted to contemporary art, it resembles a “heart fed by monumental arteries in bright primary colors,” enlivening its façade and outlining its structure. Blue marks air-conditioning, yellow is for electricity, green is for water circuits and red for pedestrian flow. Ride the transparent “caterpillar” escalator tube to the top for views over the impressive square below and roofs of Paris. Place Georges-Pompidou, 75004 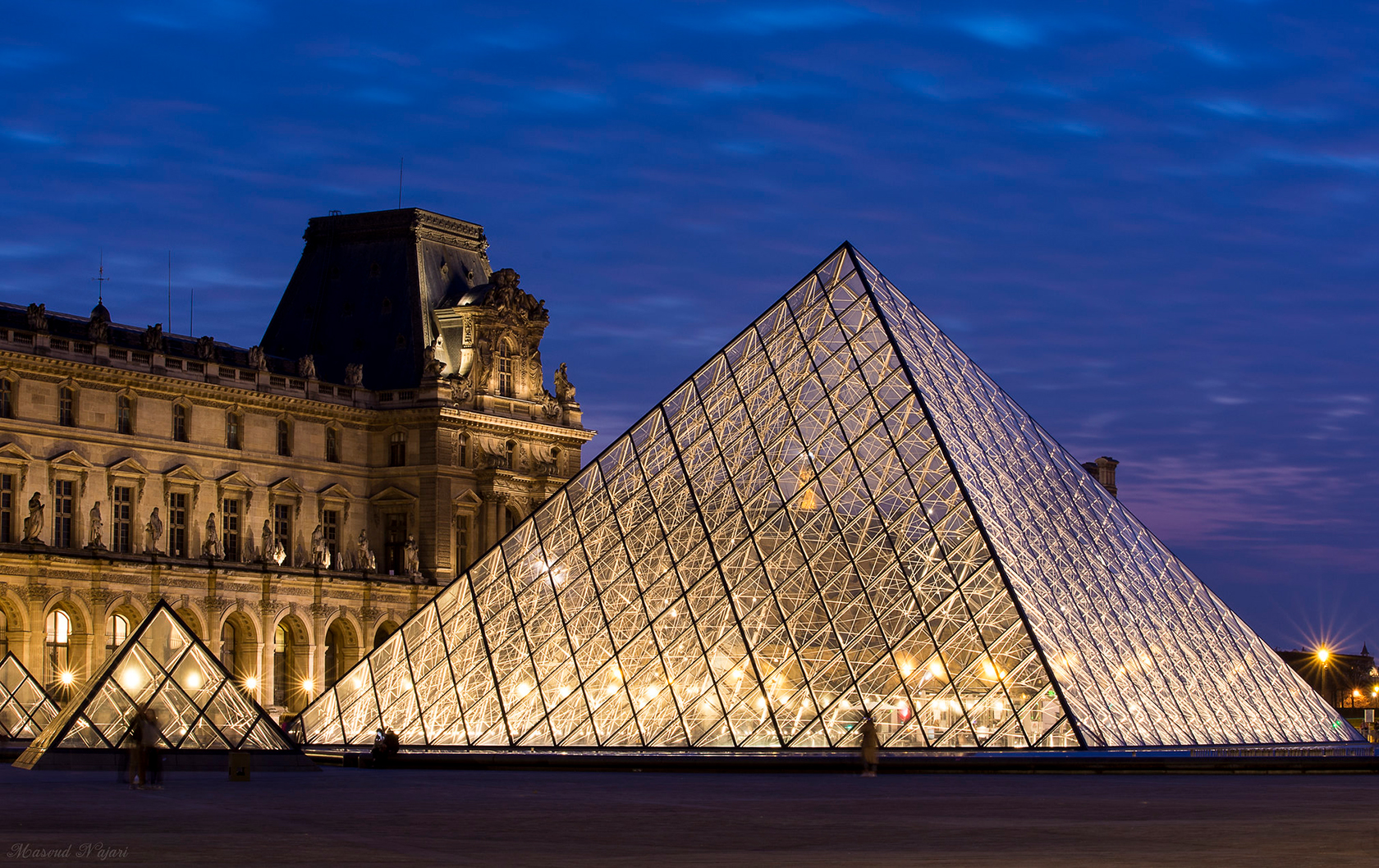 Modern architecture in Paris doesn’t get more controversial than the Louvre Pyramid, once considered a folly but now a popular Paris landmark. Unveiled in 1988 by the late Chinese-American architect I.M. Pei, the 71-foot-tall glass and metal pyramid was designed as a new main entry portal to the historic art museum. Set in the ancient Cour Napoléon courtyard at its heart, it leads down to an underground reception area. The translucent pyramid above brings natural light to this subterranean expansion and is surrounded by three smaller pyramids. Its modernist-Egyptian form clashes brilliantly with the surrounding French Renaissance architecture. Romantic Paris Perfect penthouse Savennières is a stroll away on Île de la Cité’s Place Dauphine. Musée du Louvre, rue de Rivoli, 75001 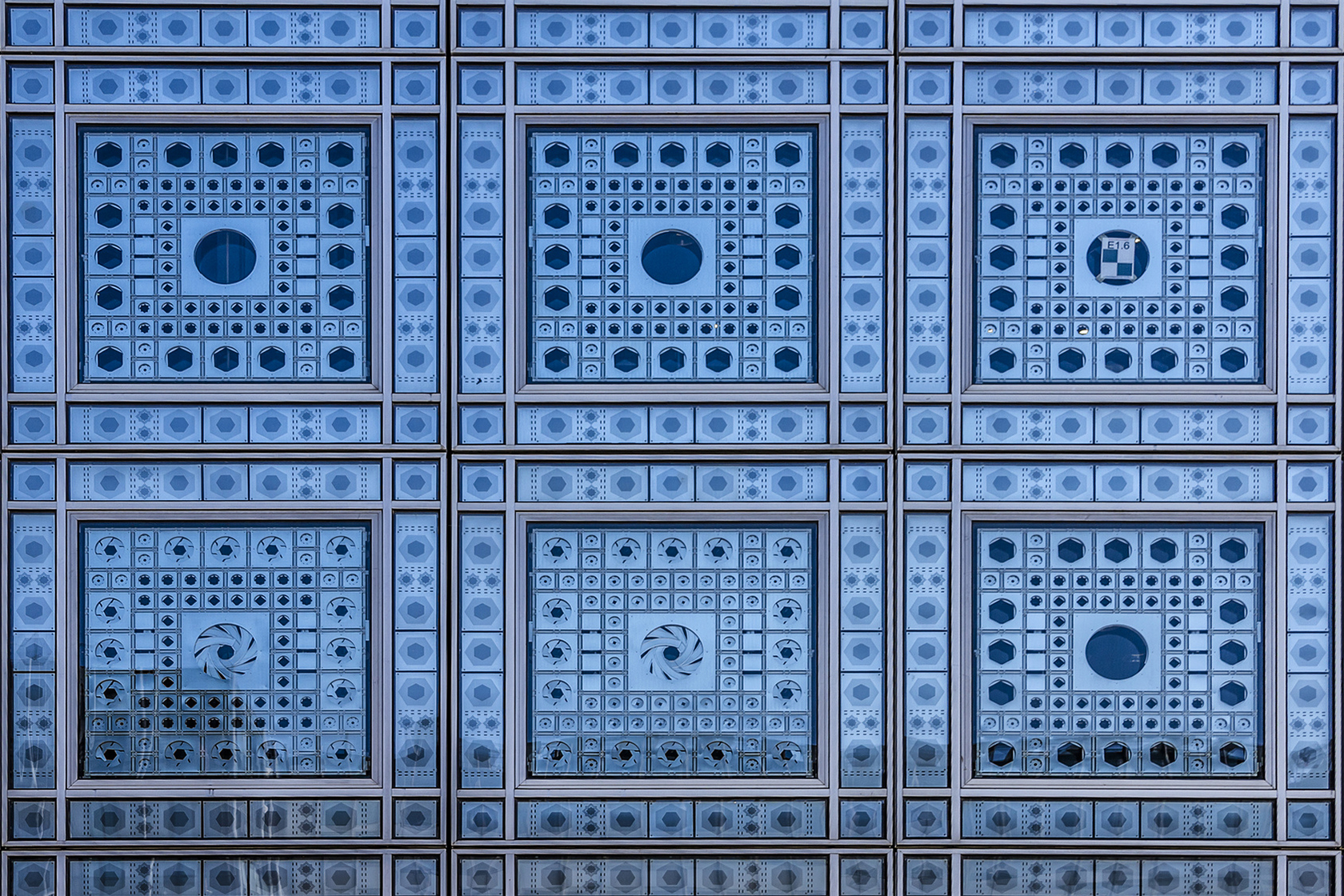 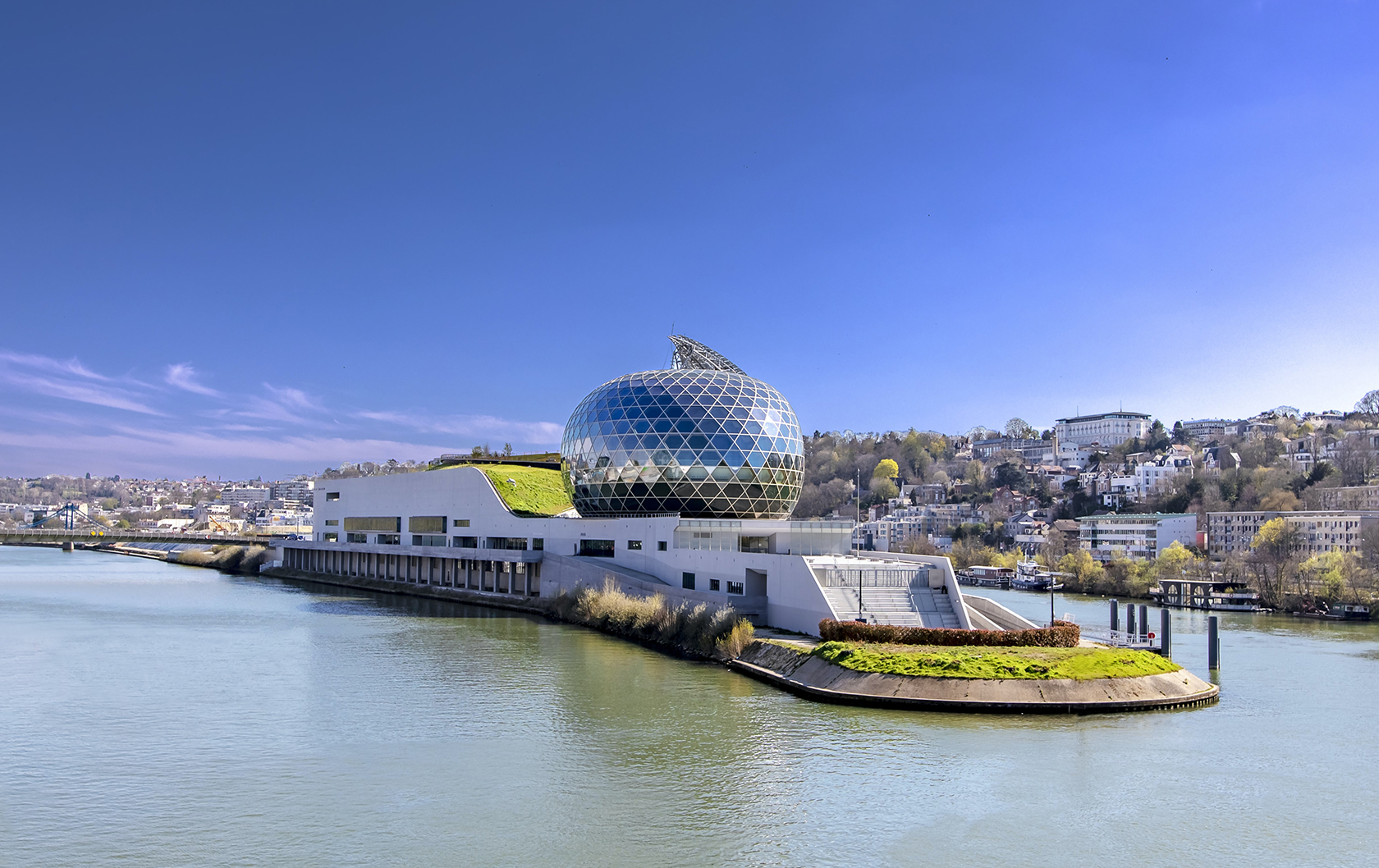 La Seine Musicale – an unexpected sight on the Seine (credit)

Looking like a cross between a space station and a battleship, 2017-launched music complex La Seine Musicale will wow design hunters. By award-winning Japanese architect Shigeru Ban and Jean de Gastines, it’s topped off by a glassy, egg-shaped auditorium. A sail-like wall of solar panels moves around it following the path of the sun. The Grande Seine hall seats 6,000 for concerts, ballets and musicals; a smaller performance space hosts classical music. Previously a car manufacturing plant, the site in western Paris occupies a small island on the Seine near the 16th district, and even flaunts a rooftop garden. Île Seguin, 92100 Boulogne-Billancourt 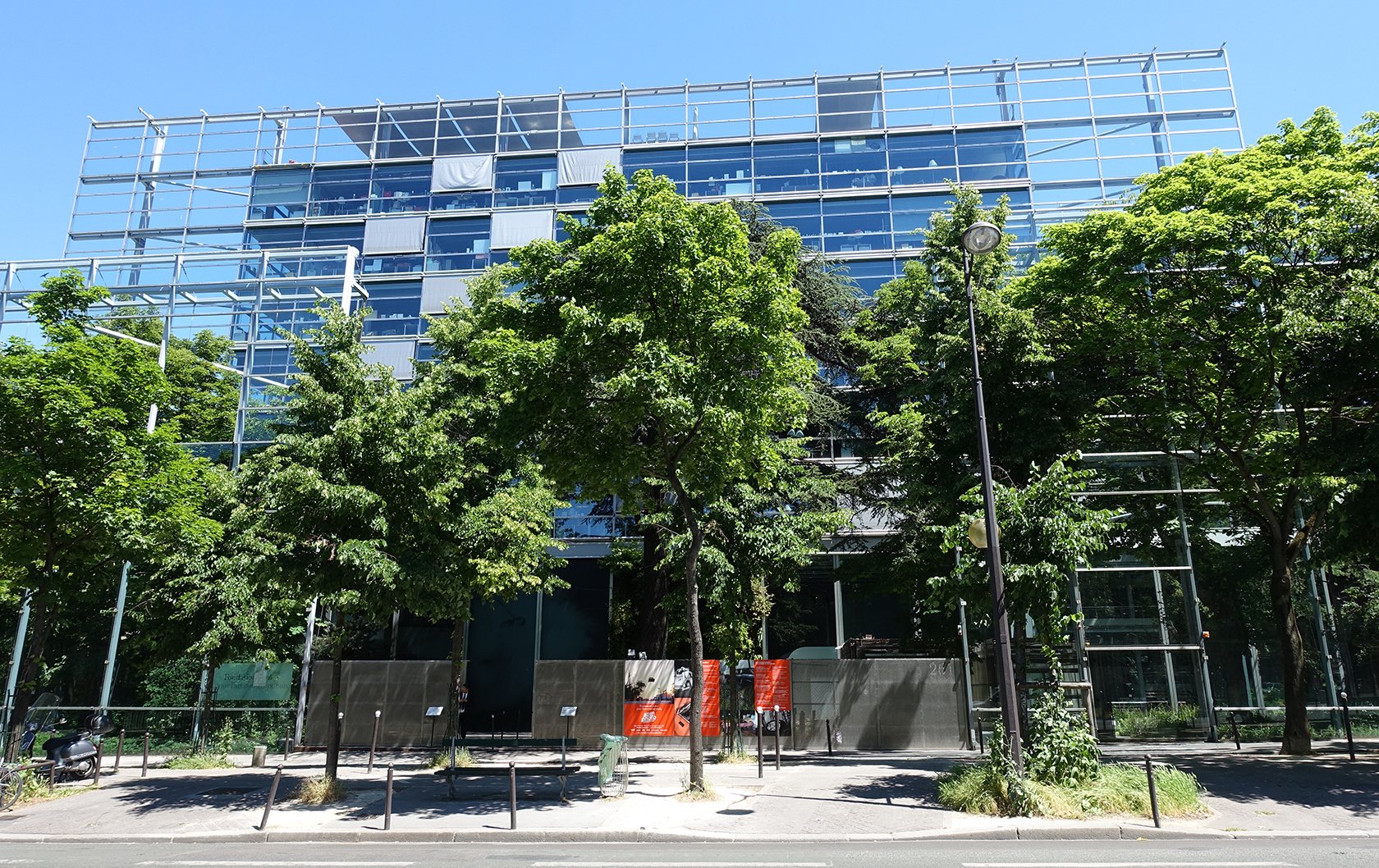 An airy glass and steel building, modern art gallery Fondation Cartier pour l’art contemporain is a real head-turner. Designed by French architect Jean Nouvel in 1994 to house six levels of exhibition and office spaces, it looks “dematerialized,” with views of sky and lush plants through the transparent structure. Visit the 14th arrondissement to check out the temporary exhibitions, join an architectural tour or just admire this stunning, boundary-blurring building and its wild, meadow-like garden, created by late artist Lothar Baumgarten and home to 24 species of trees. 261 boulevard Raspail, 75014 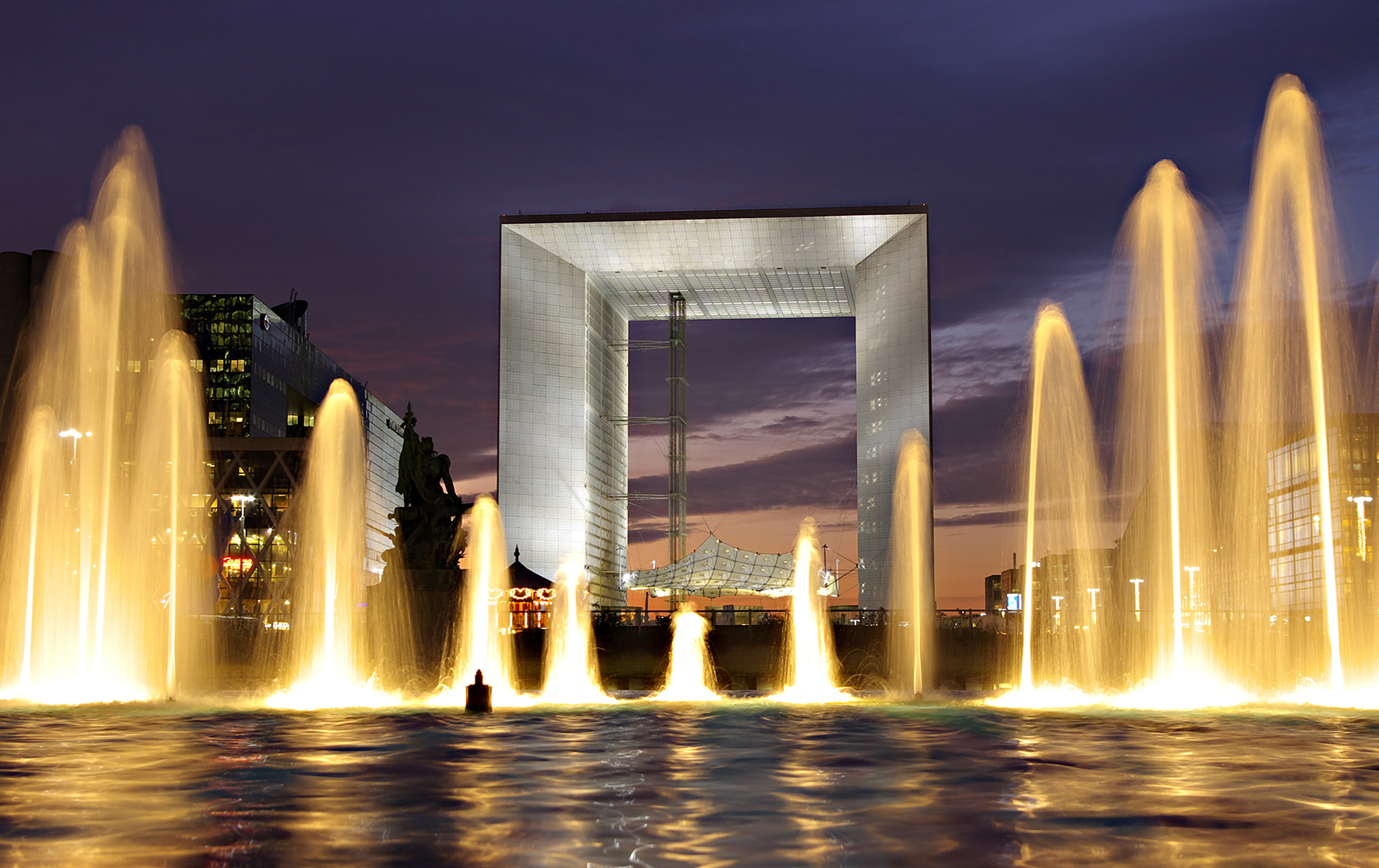 La Défense is a skyscraper-packed business district in the city’s west. Epitomizing bold modern architecture in Paris, its central monument is La Grande Arche de La Défense, a 110-metre-tall arch shaped like a hollow cube – or ‘window to the world’ – illuminated at night. Inaugurated in 1989, it was designed by Danish architect Johan Otto von Spreckelsen and engineer Erik Reitzel as a contemporary equivalent of the Arc de Triomphe, honoring humanitarian ideals rather than military victories. Boasting a concrete frame covered with granite, glass and marble, it lines up on a historical axis with the Arc de Triomphe, avenue des Champs-Élysées and Louvre. Visitors can admire stellar views from the Promenade observation deck, plus there’s a restaurant, outdoor sculptures and a photojournalism gallery. 1 parvis de la Défense, 92800, Puteaux

Posted on Thursday, June 3rd, 2021 at 9:32 am in See & Do. You can follow any responses to this entry through the RSS 2.0 feed. You can skip to the end and leave a response. Pinging is currently not allowed. 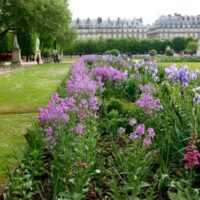 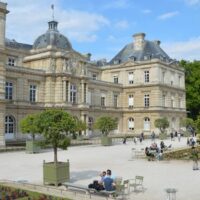