Solidarity and Peace for Paris As Paris holds a special place in your heart, we are sure you have been following the events in France over this past week. All eyes have been on France as it rallies from the terrorist attacks that touched at the very heart of country’s dedication to free speech and liberty. The outpouring of support from all corners of the world has helped to bring peace and healing. It has been a remarkable experience to be in Paris over this past week to see the city stand strong and come together.

This culminated in the massive Unity Rally on Sunday, January 11th where over a million people gathered in Paris on Sunday, filling the streets from Place de la République to Place de la Nation. With this unprecedented gathering, Paris demonstrated that it’s not only the City of Light, but also a city of peace – united by a desire to defeat terrorism of all kinds.

This was a moving display of support, for France and for every country around the world that has been, or continues to be, shaken by terrorism. Unity rallies in major cities and small towns around the world over the past week have been a reminder of how important it is to remain united. Together with every single man, woman and child at the rally in Paris and similar events around the world, we stand strong.

Paris is in our hearts more than ever now. This city has shown us how love and solidarity can be a positive influence to change the world. As daily life continues—the rhythm just the same as ever with shops, museums and restaurants open as normal—the Parisians are, perhaps even uncharacteristically, warm and welcoming. It’s in moments like these when differences fall away and what unites us stands out clearly. Paris, you have our hearts always and forever!

Posted on Thursday, January 15th, 2015 at 2:58 pm in Parisian Living. You can follow any responses to this entry through the RSS 2.0 feed. You can leave a response, or trackback from your own site. 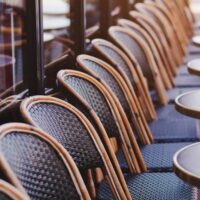 A Moment of Silence on November 17th in Paris

38 Responses to “Solidarity and Peace for Paris”