Browse our collection of handy tourist maps to discover everything Paris has to offer. Use them to plan métro, RER and bus journeys, and to help put the finishes touches on your itinerary.
Home >
Plan Your Trip >
Practical Information for Your Trip to Paris >
Getting Around Paris 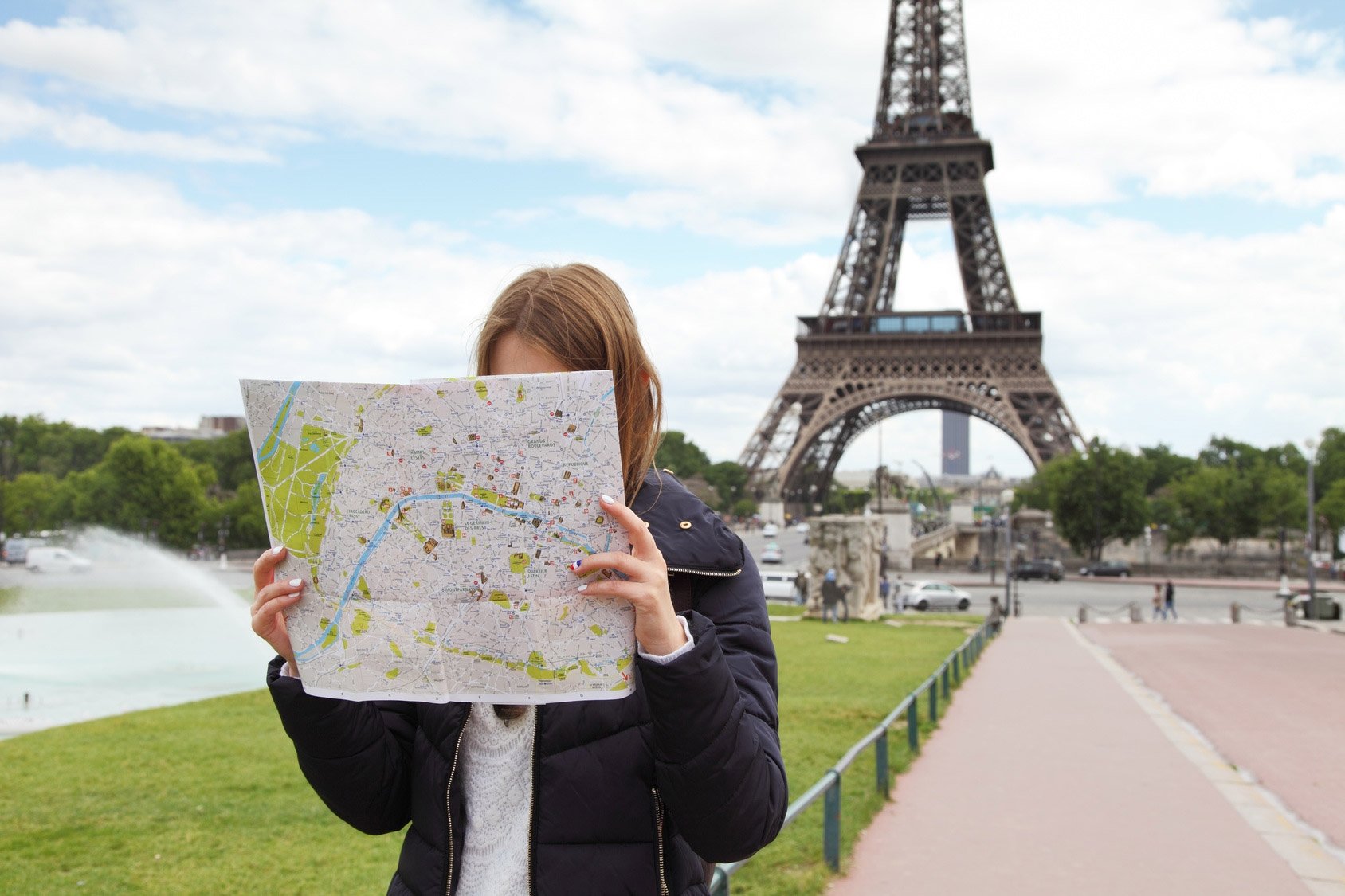 This wonderful interactive map of the Paris Métro and RER will help you plan your journey.  It also displays the location of trams and regional rail services in the Ile de France region.

Interactive Paris bus map that shows the location of bus stops across the region.

The city of Paris itself is officially divided into 20 districts called arrondissements, numbered from 1 to 20 in a clockwise spiral from the centre of the city (which is known as Kilometre Zero and is located at the front of Notre Dame). Arrondissements are named according to their number. You might, for example, stay in the "5th", which would be written as 5e in French.

The very best map you can get for Paris is called "Paris Pratique par Arrondissement" which you can buy for about €3-5 at any news stand. It makes navigating the city easy: so much that one can imagine that the introduction of such map-books might be part of what made the arrondissement concept so popular in the first place. The various tourist information centres and hotels in Paris also provide various city and metro maps for free and which have all the necessary details for a tourist.

View maps of the 20 Paris arrondissements