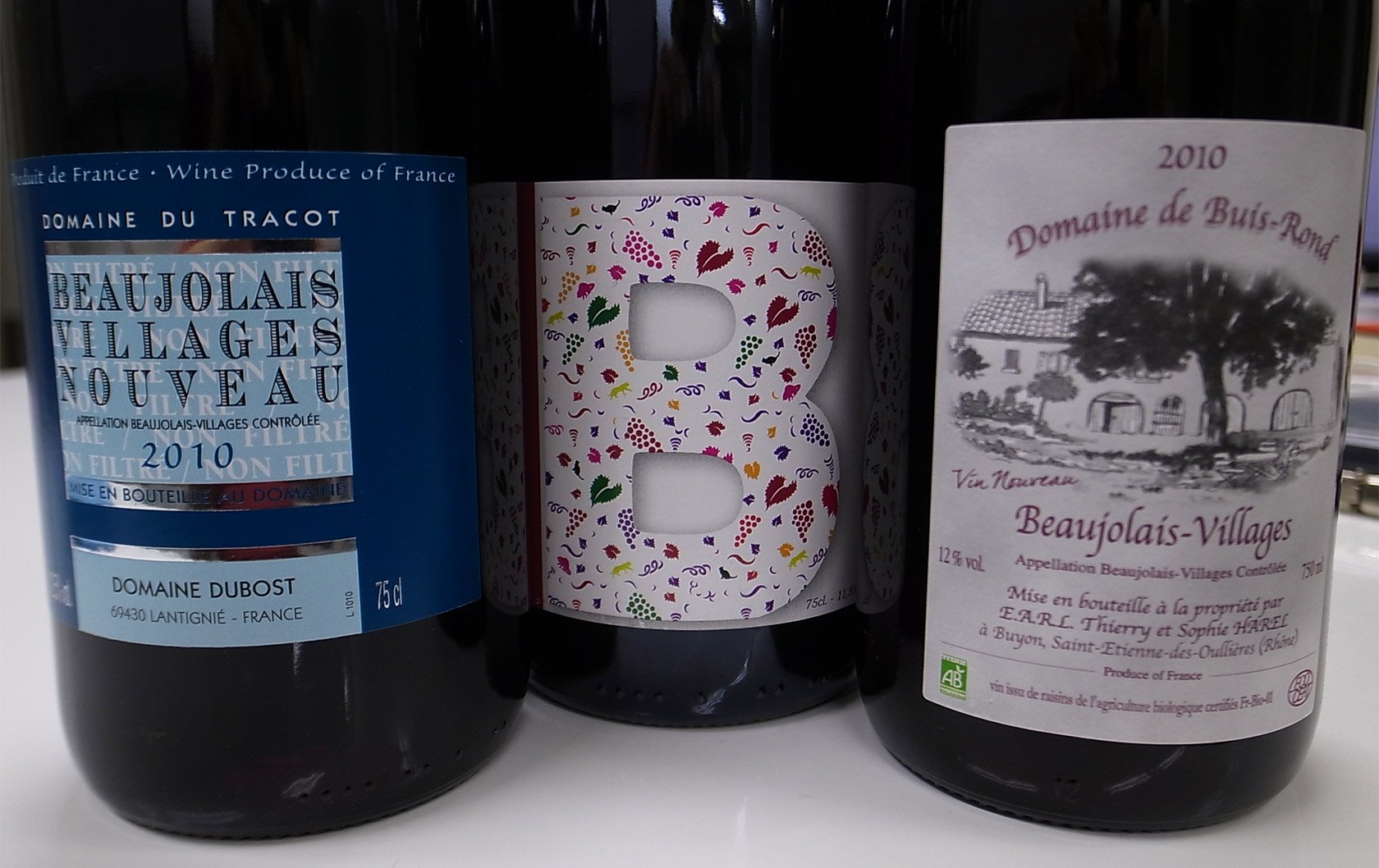 It’s that time of year again! The 3rd Thursday of every November marks the release of the Beaujolais Nouveau — light red, casual drinking wine from the gentle rolling hills and golden stone countryside of the Beaujolais region of France. Beaujolais is never aged, but meant to be consumed just weeks after harvest. Beaujolais Nouveau is made from the Gamay Noir à Jus Blanc grape, and by law must be harvested entirely by hand. Wine critics seldom have high regard for the Beaujolais Nouveau, as it lacks complexity brought on by the aging process. But that is considered by some to be part of its charm. It’s made using a process called carbonic maceration, or whole berry fermentation, which emphasizes the flavor of the fruit, without the bitter tannins from the skin.

The 2010 growing season started late, with cold wet weather early, but has experienced warm, sunny conditions in September, with a late harvest.

French law has decreed that the Beaujolais Nouveau cannot be released until the stroke of midnight, on the 3rd Thursday of November, so while the French countryside is sleeping, wine producers and distributors rush to stock their shelves with the new release. You’ll find it on Paris shelves Thursday, Nov. 18. If you are wine shopping, look for the banners that proclaim “Le Beaujolais Nouveau est arrive!”

Celebrating the release of the new harvest was originally a local festival, but thanks to successful marketing campaigns, you will see Beaujolais Nouveau celebrations popping up around the world. Ask your local wine merchant when they will receive their stock. So no matter where you are on the 3rd Thursday of November each year, you have cause to celebrate! Serve your Beaujolais slightly chilled at 13°C/55°F.
Santé!

Posted on Wednesday, November 17th, 2010 at 11:05 am in Food & Drink. You can follow any responses to this entry through the RSS 2.0 feed. You can leave a response, or trackback from your own site. 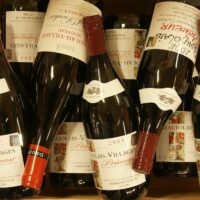 Buy a Piece of Art Nouveau Paradise in Paris! 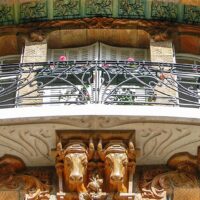