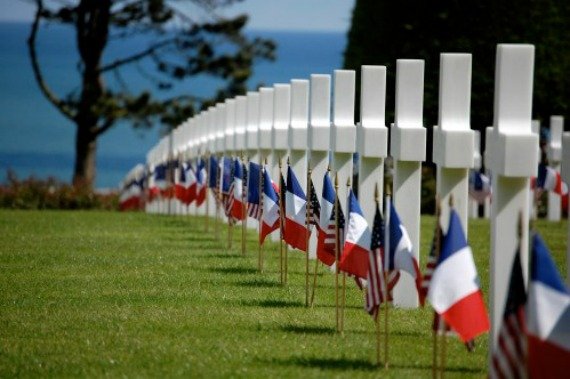 As June 6th approaches, this year marking the 70th anniversary of the Allied invasion of Normandy, it’s time to take a moment for reflection. France will never forget the sacrifice of the Allied soldiers who came to free them from Nazi occupation on D-Day, and each year French residents of Normandy host commemorative events to mark this historic date. The major turning point of WWII in Europe, early in the morning of June 6, 1944, the largest military operation in history began as 135,000 Allied soldiers landed on the beaches of Normandy to begin the liberation of Europe. The Normandy invasion was a international alliance, with troops from Britain, the US, Canada, Australia and New Zealand. 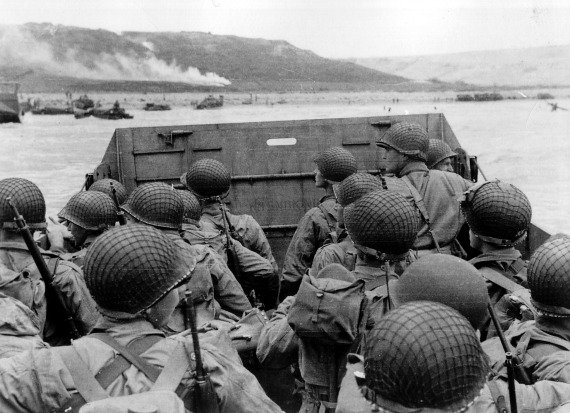 The French are great preservers of history, with such dignity and reverence, and Normandy is one of the best places to experience this.  Standing on Omaha Beach, or seeing the German cannons still embedded in Longue-sur-Mer, and the cliffs and bomb craters at Pointe du Hoc, you feel the years slip away and can imagine what it was like for these brave young boys, so far from home, and so aware of the imminent danger surrounding them. 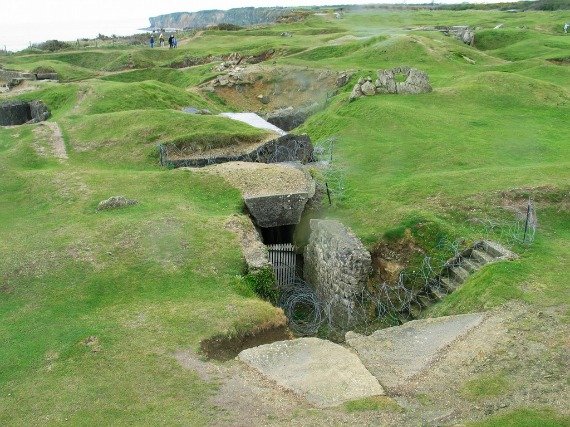 Unfortunately, American troops suffered the largest casualties due to their landing position on Omaha beach. At the American Cemetery at Colleville Sur Mer, 9,387 simple white marble crosses and Stars of David mark the resting place of the brave men and women who lost their lives in the conflict. It’s an unforgettable and indescribable feeling to walk through the cemetery. The Caen Peace Memorial is another place you’ll want to visit in Normandy. It’s an extremely well done museum documenting conflicts throughout the 20th century. 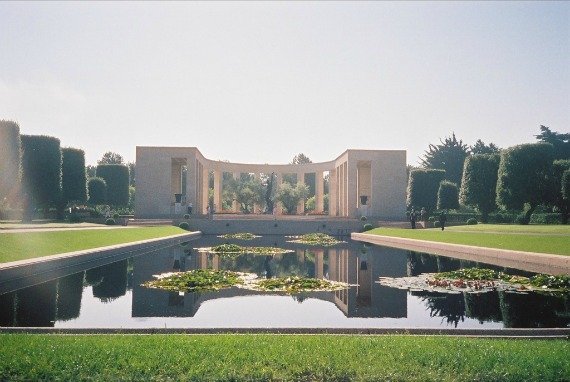 On July 4, 2007, the non-profit group “The French Will Never Forget” organized an extraordinary gathering of 2,500 people on Omaha Beach to commemorate D-Day. The crowd formed on the sand the letters of the phrase: “FRANCE WILL NEVER FORGET,” aimed at honoring the fallen American heroes who sacrificed their lives to liberate France.

For 2014, The French Will Never Forget have organized a special tribute in New York City with a helicopter showering one million rose petals over the Statue of Liberty. Find out more about the event here.

The co-founders of the organization declared: “Our goal is, once again, to demonstrate the deep respect and gratitude of the people of France, for their recovered freedom thanks to America’s extreme sacrifices during the Second World War and which no one can, or will ever forget.” Watch the moving video of the event below.

That video gives me goosebumps and brings tears to my eyes every single time I watch it. And that’s what June 6th is for. Let the tears fall, let the feelings wash over you and join France in never forgetting. It’s essential that we never forget!

Posted on Wednesday, June 4th, 2014 at 9:54 am in Paris Events. You can follow any responses to this entry through the RSS 2.0 feed. You can leave a response, or trackback from your own site. 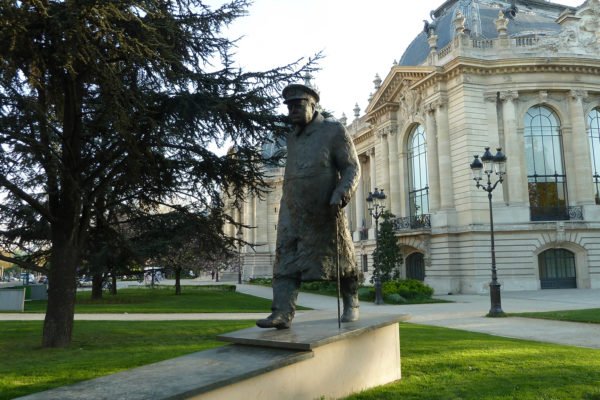 Paris Question on the Eve of D-Day: Where is this Statue? 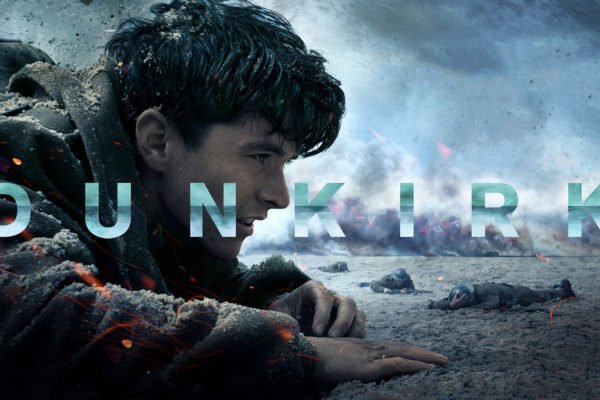 2 Responses to “70th Anniversary of D-Day”