I love gazpacho soup so much that I could eat it all year round. But there’s something extra delicious about a cold gazpacho when the weather is warm. It's savory and full of flavor, but still refreshing. Whether you’re French, English, Italian or other — this Spanish soup is a favourite throughout Europe.

Over the years I've experimented quite a lot to try and perfect my recipe, and I think I've finally found the right balance of flavors. The tartness of the tomatoes combines nicely with the subtle sweetness of the peppers and the savory flavor from roasting them both. Finally, I top it all off with homemade toasted baguette slices or croutons for the perfect finishing touch!

Since the last days of summer are fading away, now's your last chance to fully enjoy this cold Gazpacho soup! To Make Your Own “Croutons:”

My Secret to Success:

My new favorite appliance is a Thermomix! My French and Italian friends have used them for years, and I finally jumped onto the bandwagon. This magical appliance basically replaces everything in the kitchen except the oven. They can weigh, chop, blend, emulsify and so much more! They're pretty amazing and I use one for almost everything now! Even though this recipe only calls for 1 or 2 roasted peppers, I always bake more than needed. Philippe really loves them, so I keep the extras on-hand for a delicious side-dish for another meal! All you need to add after removing the skins is a bit more olive oil, and some salt & pepper!

Posted on Monday, September 19th, 2016 at 11:10 pm in Food & Drink. You can follow any responses to this entry through the RSS 2.0 feed. You can leave a response, or trackback from your own site. 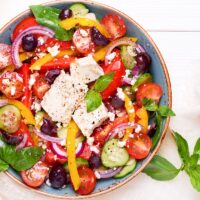 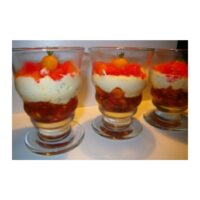 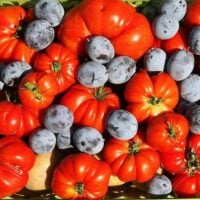