Notre Dame may be world-famous, and we’d certainly recommend a guided tour. But what about the hundreds of other beautiful churches in Paris? Religious or not, you won’t want to miss their stunning architectural features and soaring celestial heights. Here’s our guide to a handful of historic churches you might not have visited before. 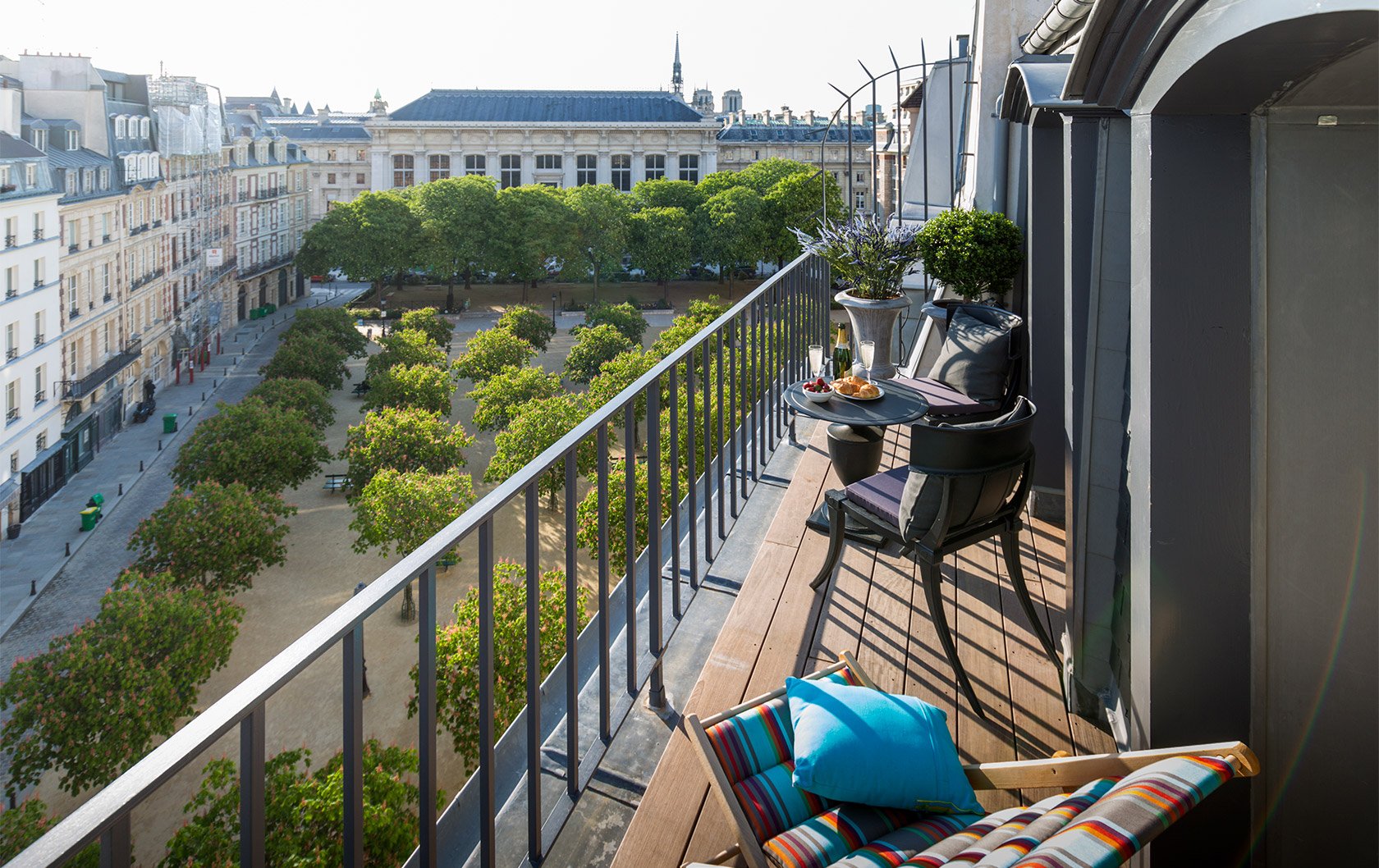 Stunning balcony at the Savennieres apartment.

Stay at one of our luxury apartments in the very heart of the city, such as the stunning penthouse Savennières in quiet Place Dauphine. This beautiful apartment has a private balcony where guests can enjoy rooftop views over to Sainte-Chapelle, Notre Dame and beyond. We think you'll love the chic design and the convenience of the prime location. 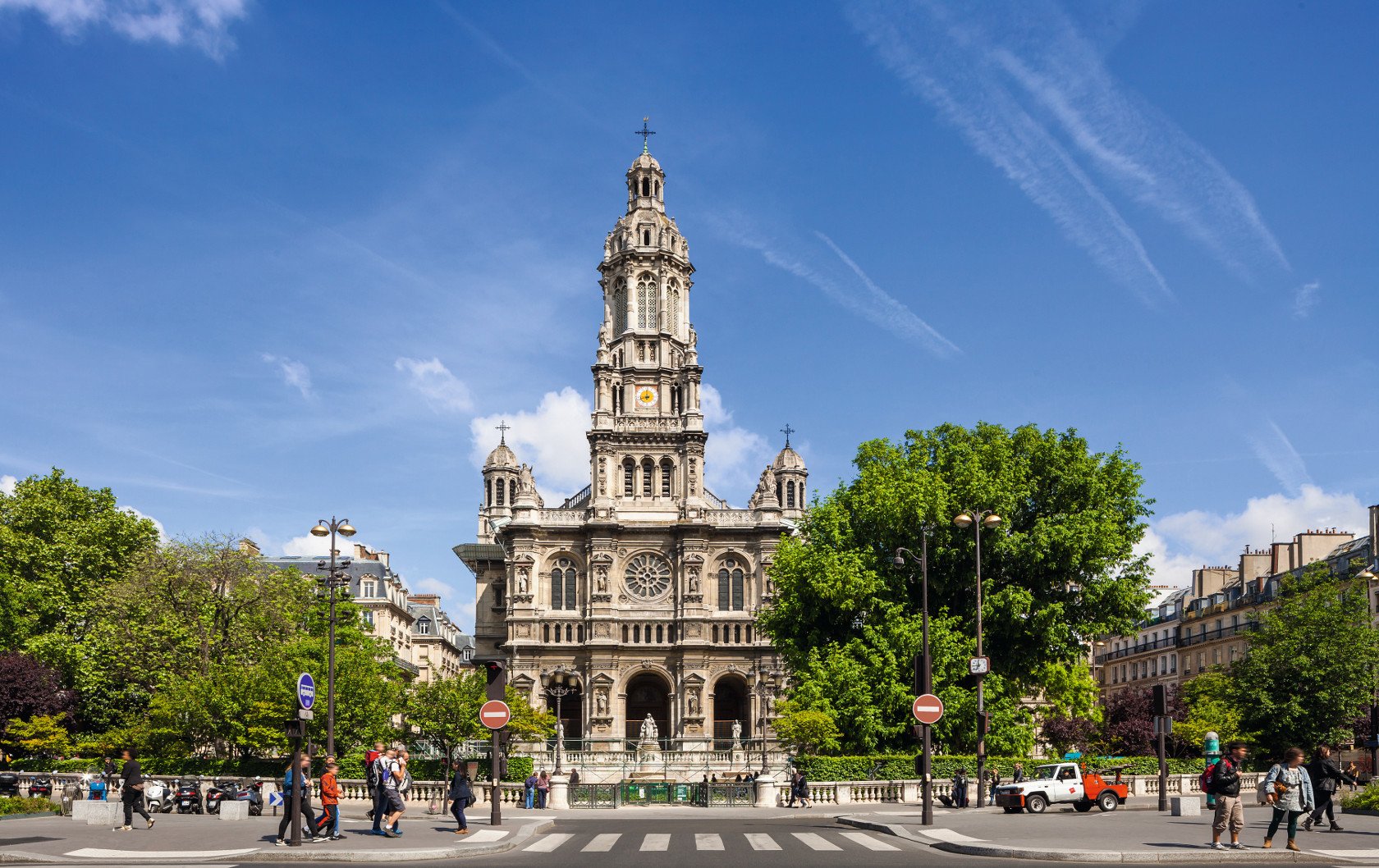 Built during Haussmann’s redesign and beautification of Paris, the majestic Église de la Sainte Trinité was designed by architect Théodore Ballu. The church’s elaborate, ornamental façade is topped by a high dome which towers above Place d'Estienne-d'Orves, with sculpted figures of faith, hope and charity looking out over the square below. Église de la Sainte Trinité, Place d'Estienne d'Orves, 75009 Paris. 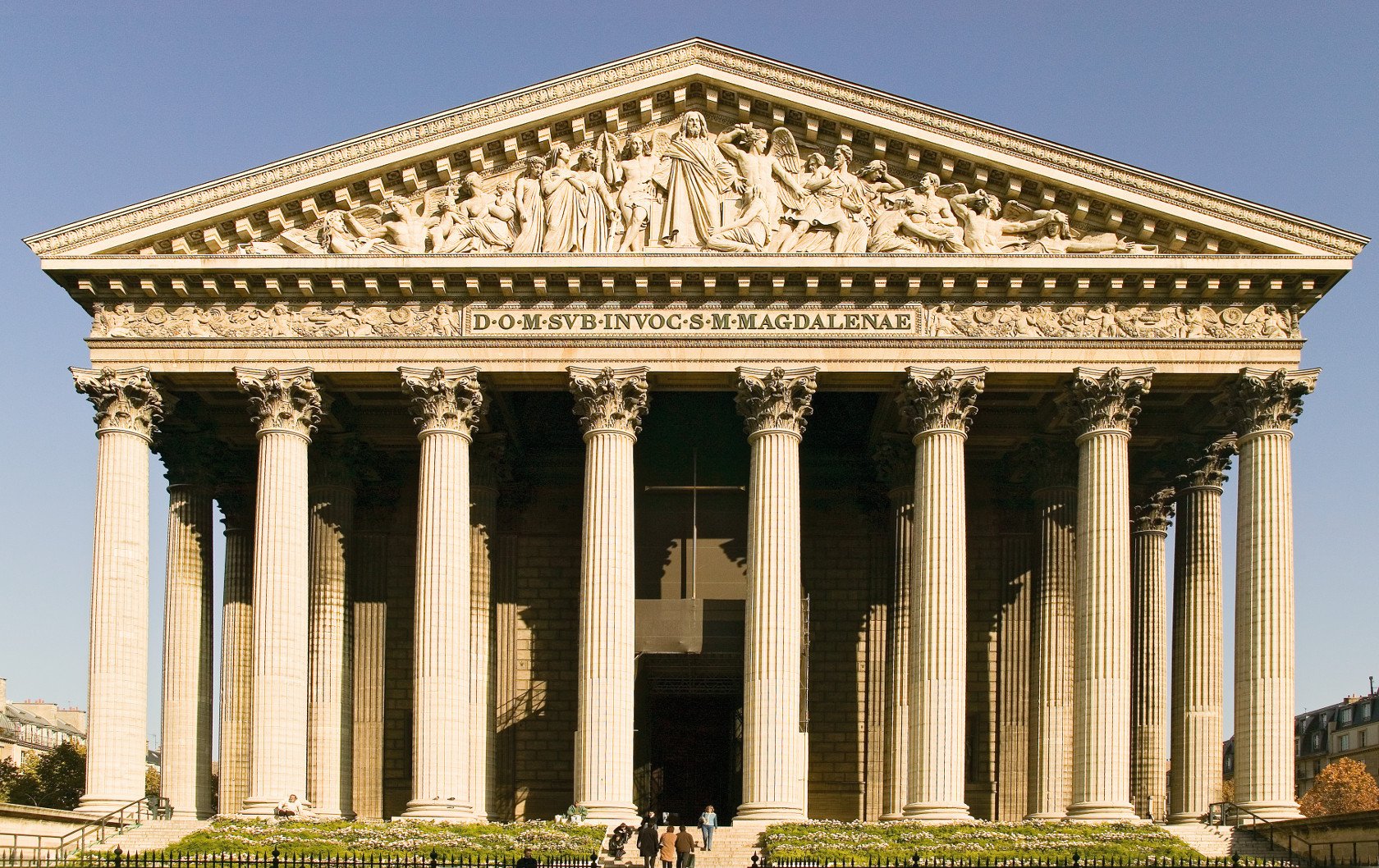 You’d be forgiven for thinking the Église de la Madeleine is a Greek temple rather than one of the most-visited churches in Paris. Marked by its Corinthian columns and colossal bronze doors at the entrance way, it was built between 1764 and 1842 by Napoleon as a neo-classical pantheon to honor his armies. These days the church is more famed for its organ, designed by distinguished French organ builder Aristide Cavaillé-Coll – as well as for the superlative classical music concerts which it hosts throughout the year. Église de la Madeleine, Place de la Madeleine, 75008 Paris. 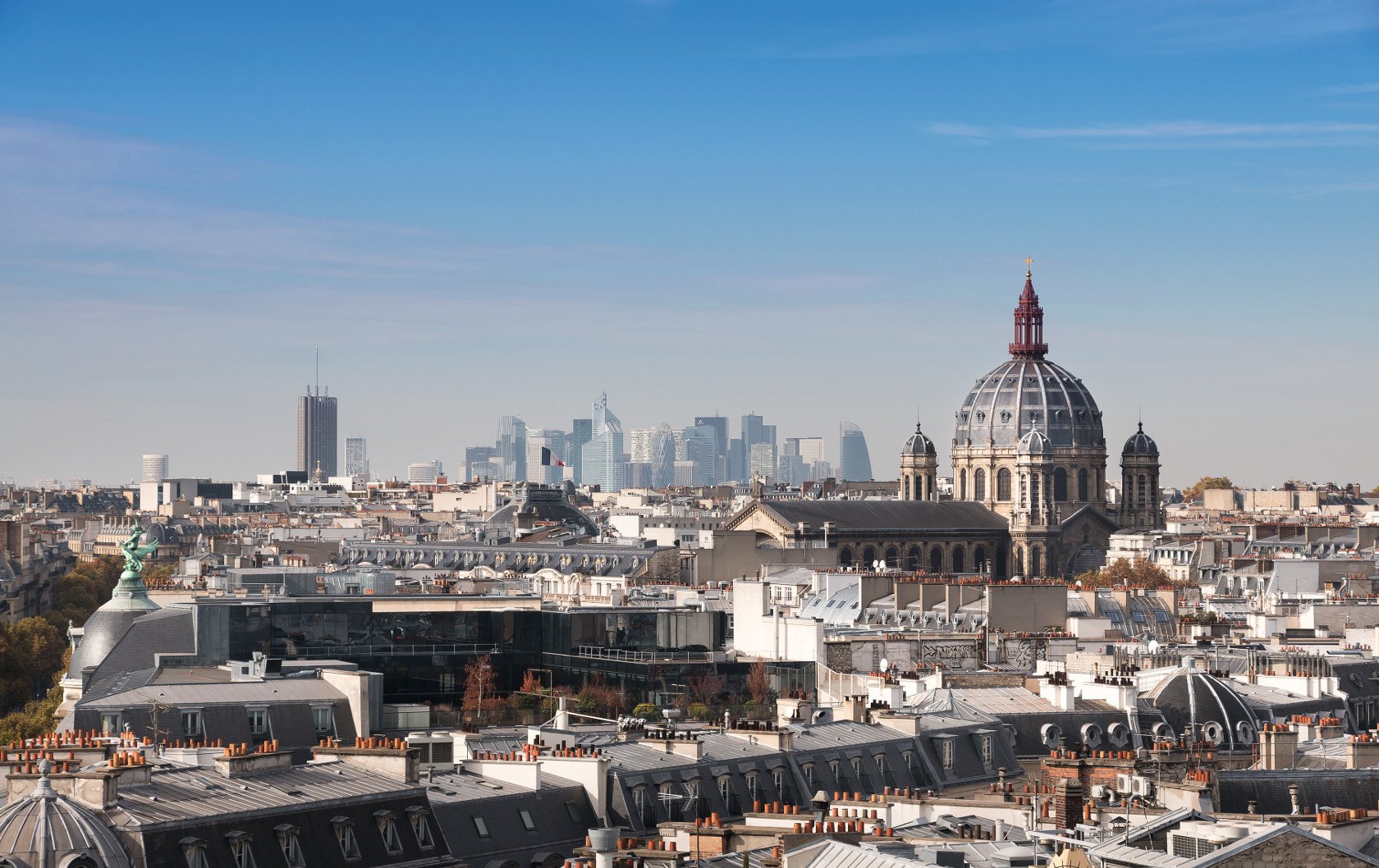 Visible from the grandiose steps of Madeleine, the Église Saint-Augustin is another product of the Haussmannian redesign of Paris. The formidable design by Victor Baltard combines Romanesque and Byzantine art with soaring heights up to 100 meters, plus a landmark 80-meter high cupola which can be seen for miles around. Église Saint-Augustin, 1 Avenue César Caire, 75008 Paris. 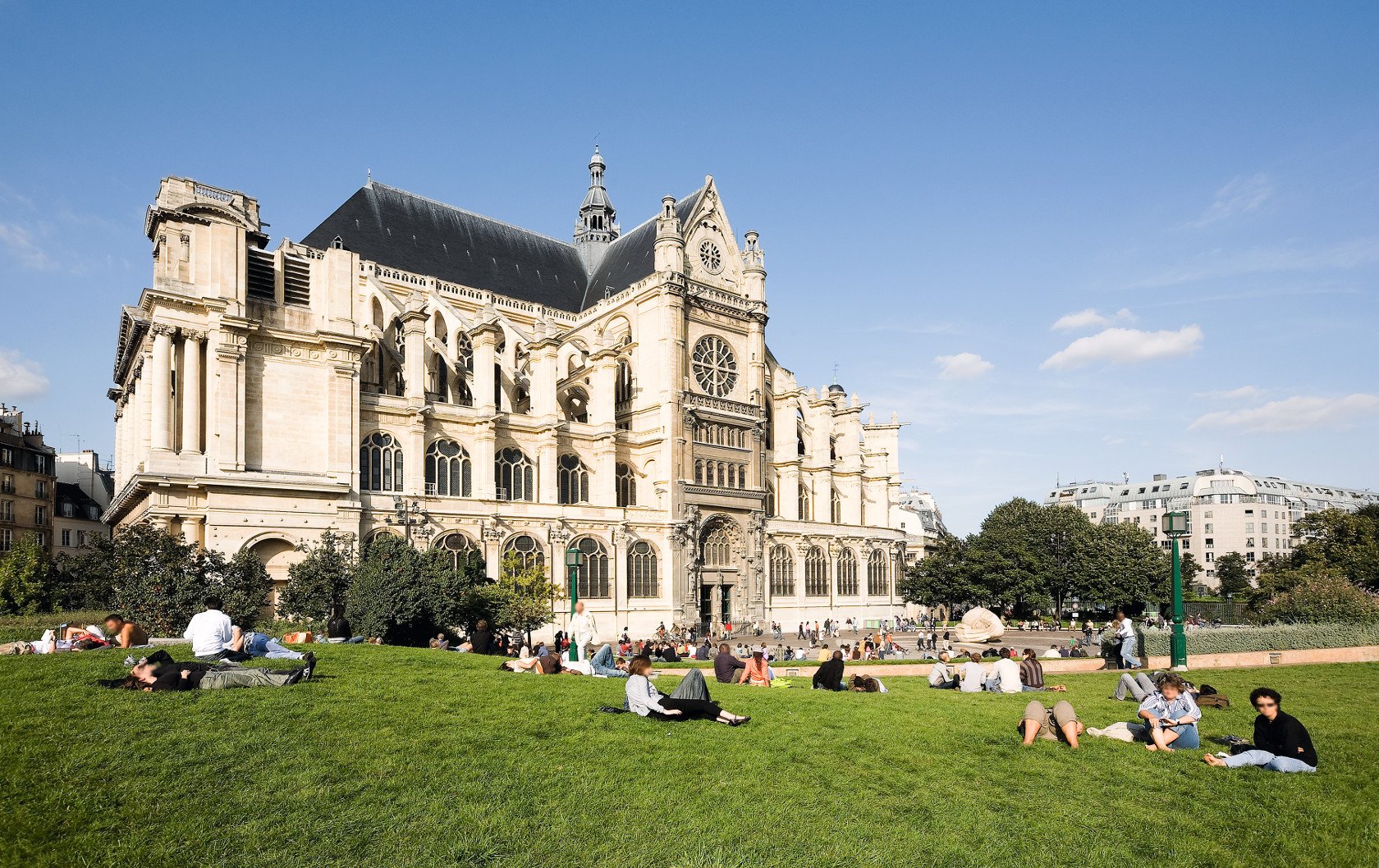 Size matters at the impressive Église Saint-Eustache, which boosts the biggest pipe organ of all of the churches in Paris, as well as in France. The church itself was built in 1532 and restored in 1840 and feels more a cathedral with its famously substantial dimensions. It also offers an interesting mix of architectural styles, from the gothic façade to its Renaissance and classical interior. Église Saint-Eustache, 2 Impasse Saint-Eustache, 75001 Paris. 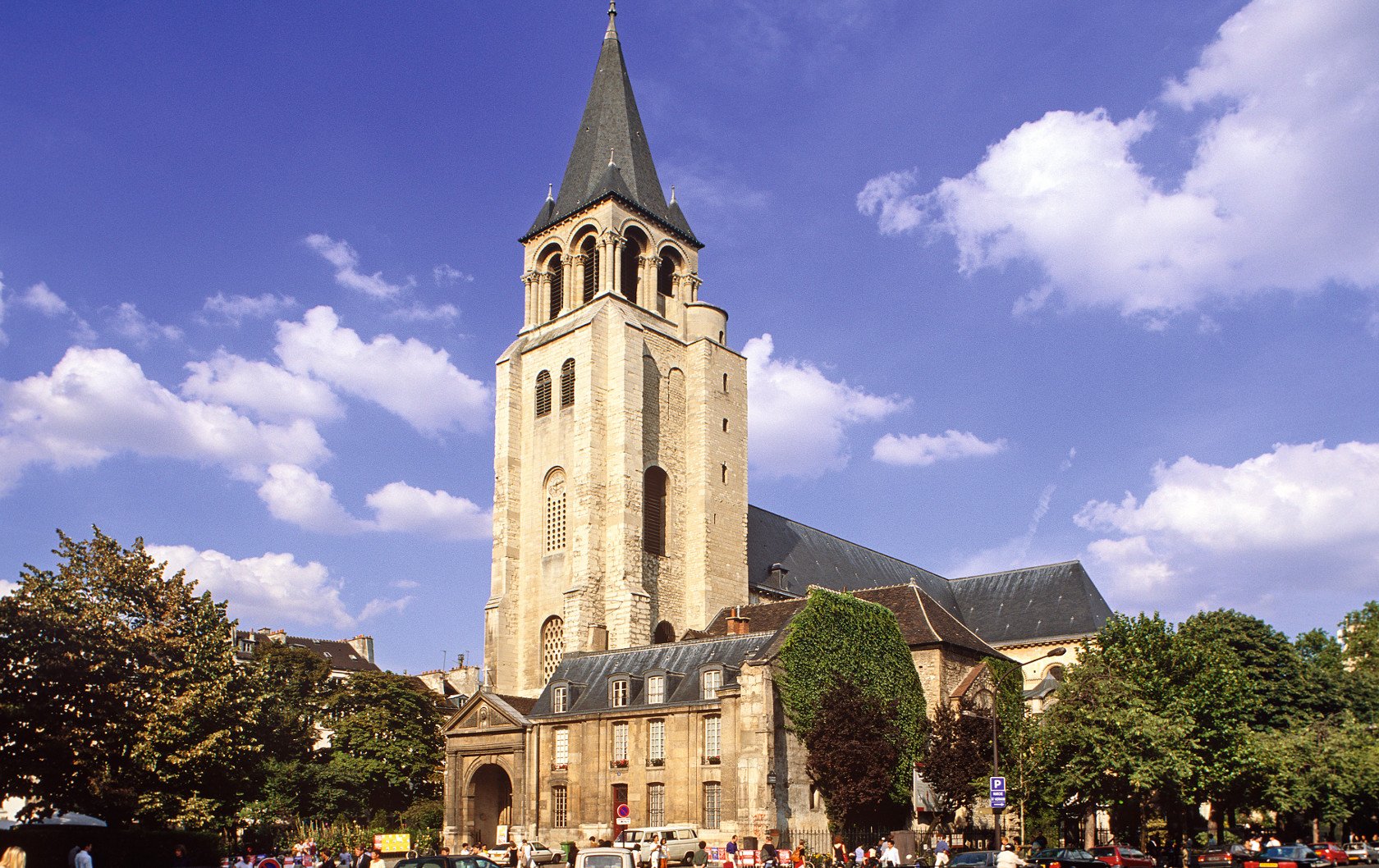 The Église Saint-Germain-des-Prés is a beloved landmark at the heart of one of Paris’s most beautiful arrondissements. The building itself has great historical significance as the oldest of all the churches in Paris, which Haussmann irreverently sliced through to make way for his busy thoroughfare, Boulevard Saint-Germain. 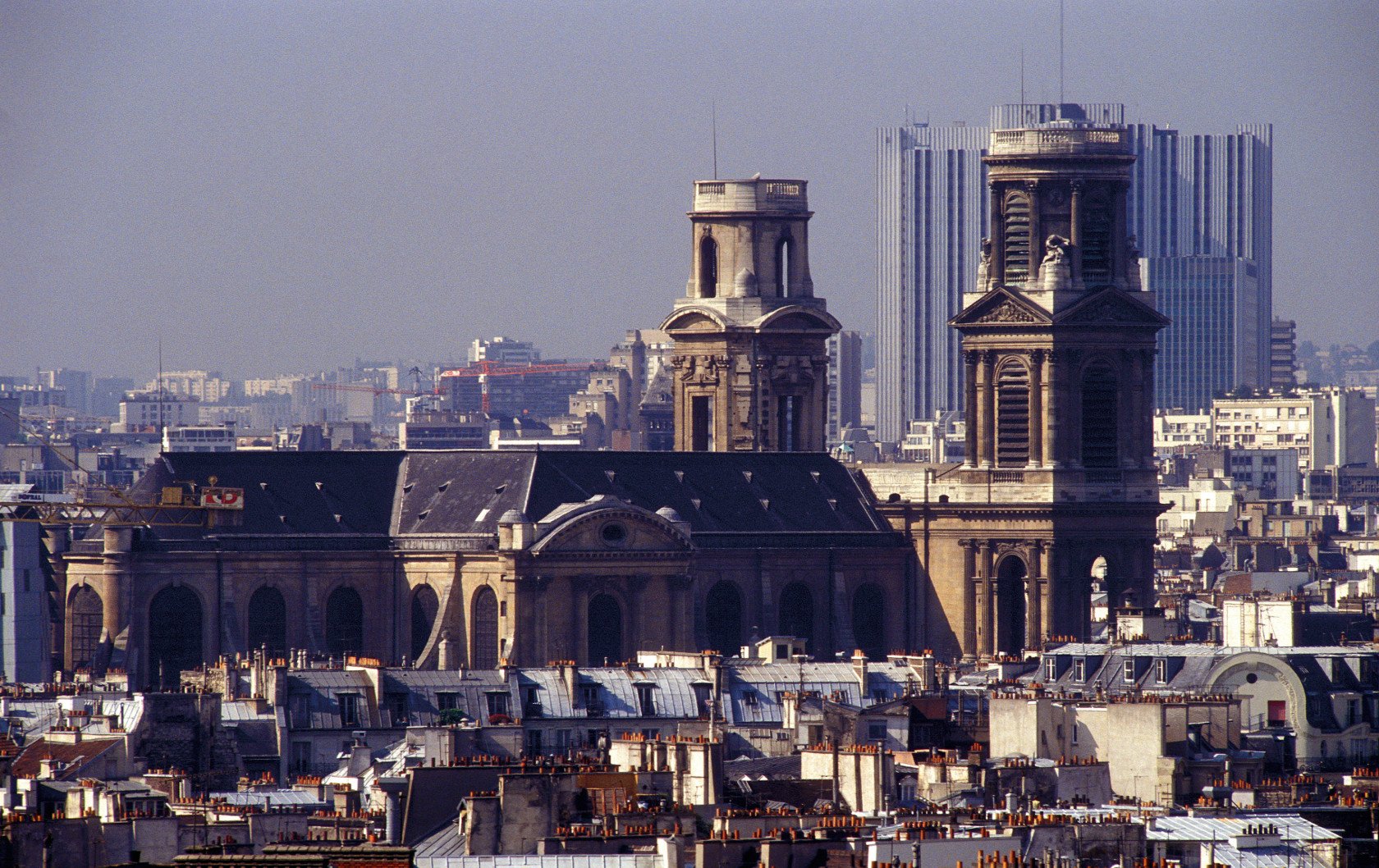 Need additional suggestions for churches to visit in Paris? If you are visiting Notre Dame, try our Notre Dame skip-the-line tour and beat the crowds. Find more great advice on our blog. Check out our current sales now on, we have up to 50% off some rentals.

Posted on Thursday, December 28th, 2017 at 6:38 am in See & Do. You can follow any responses to this entry through the RSS 2.0 feed. You can leave a response, or trackback from your own site. 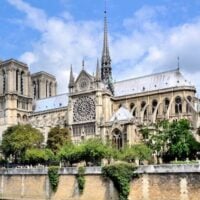 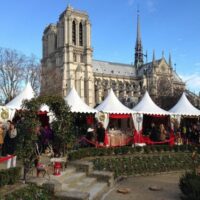 Christmas at our Favorite Paris Pâtisseries