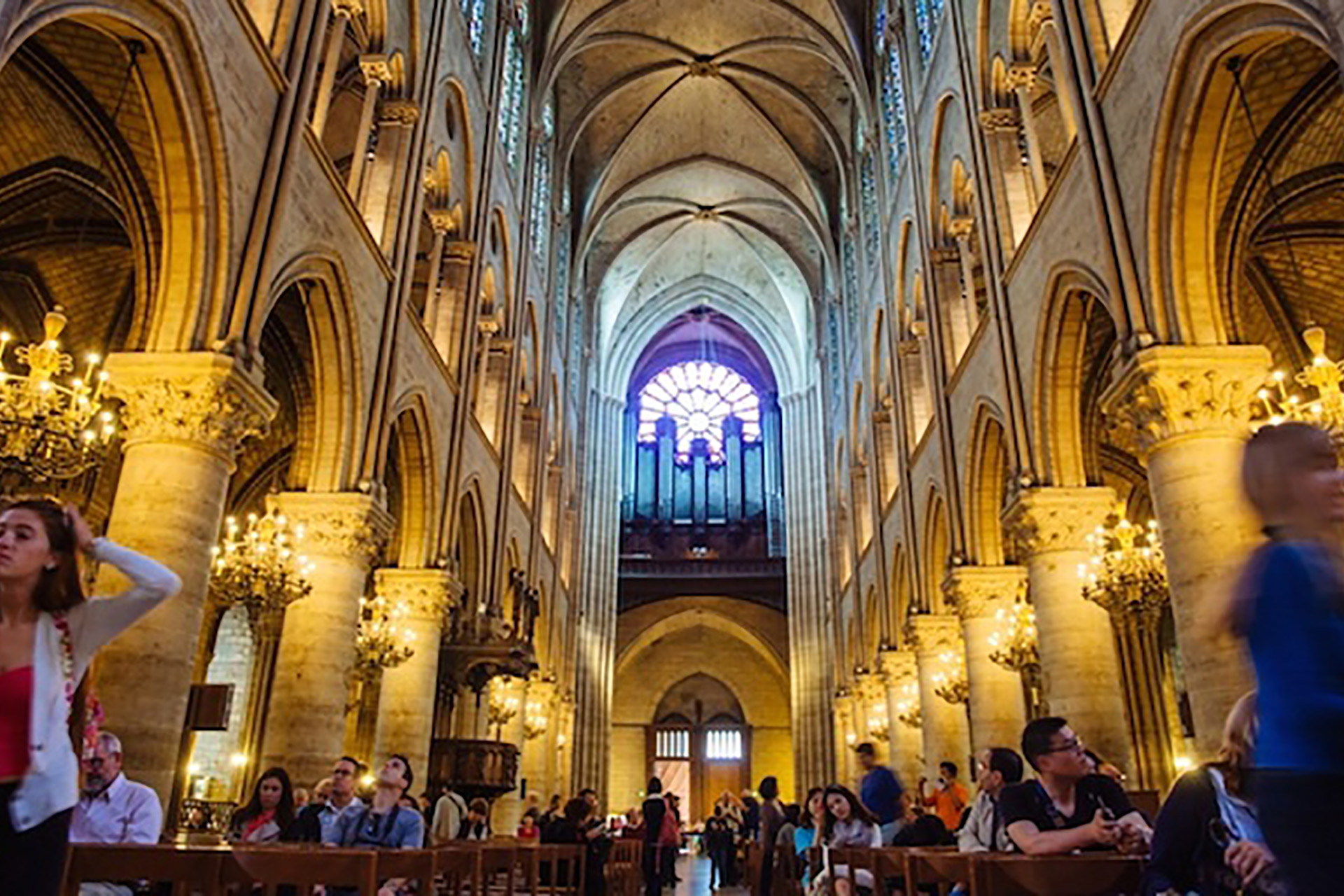 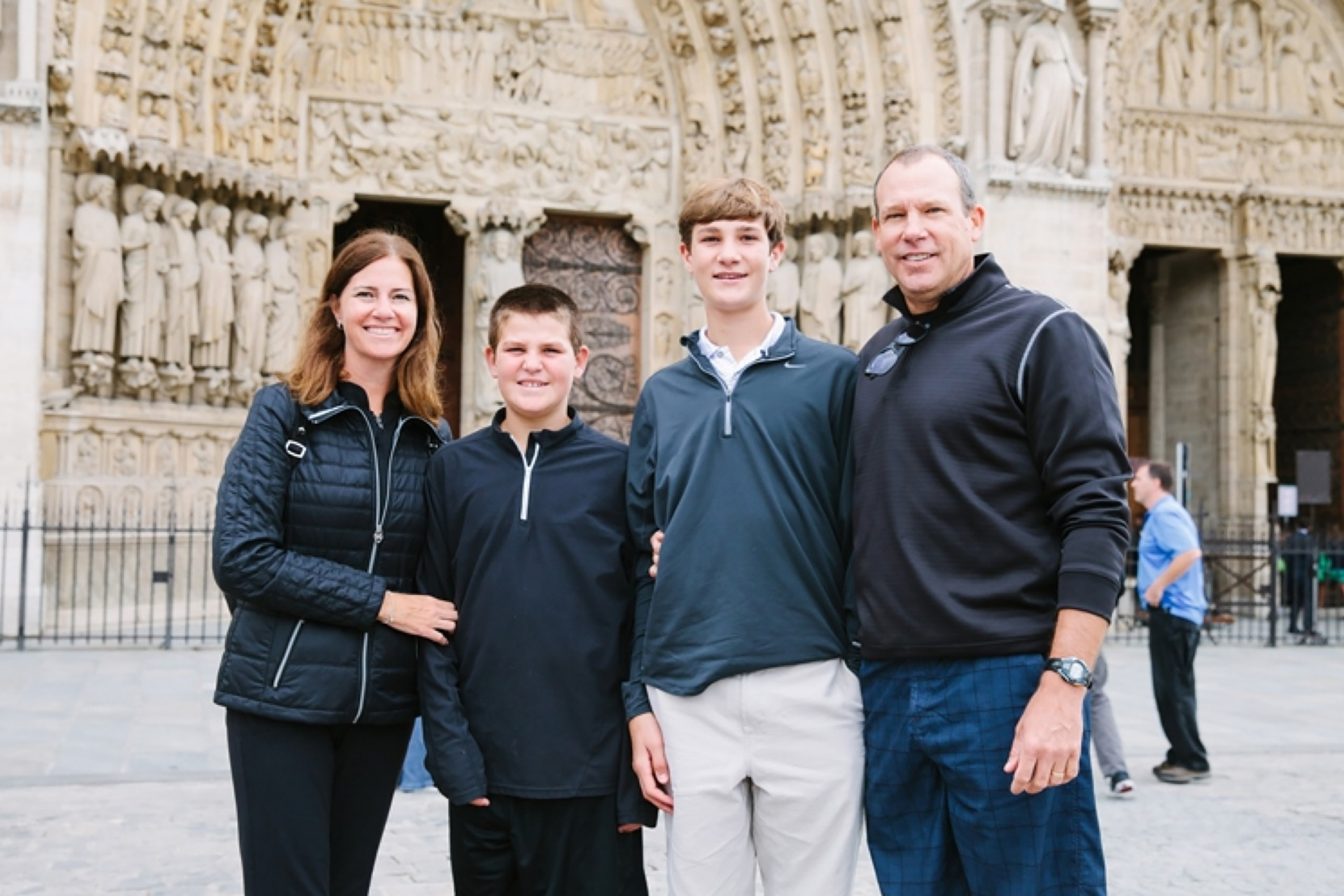 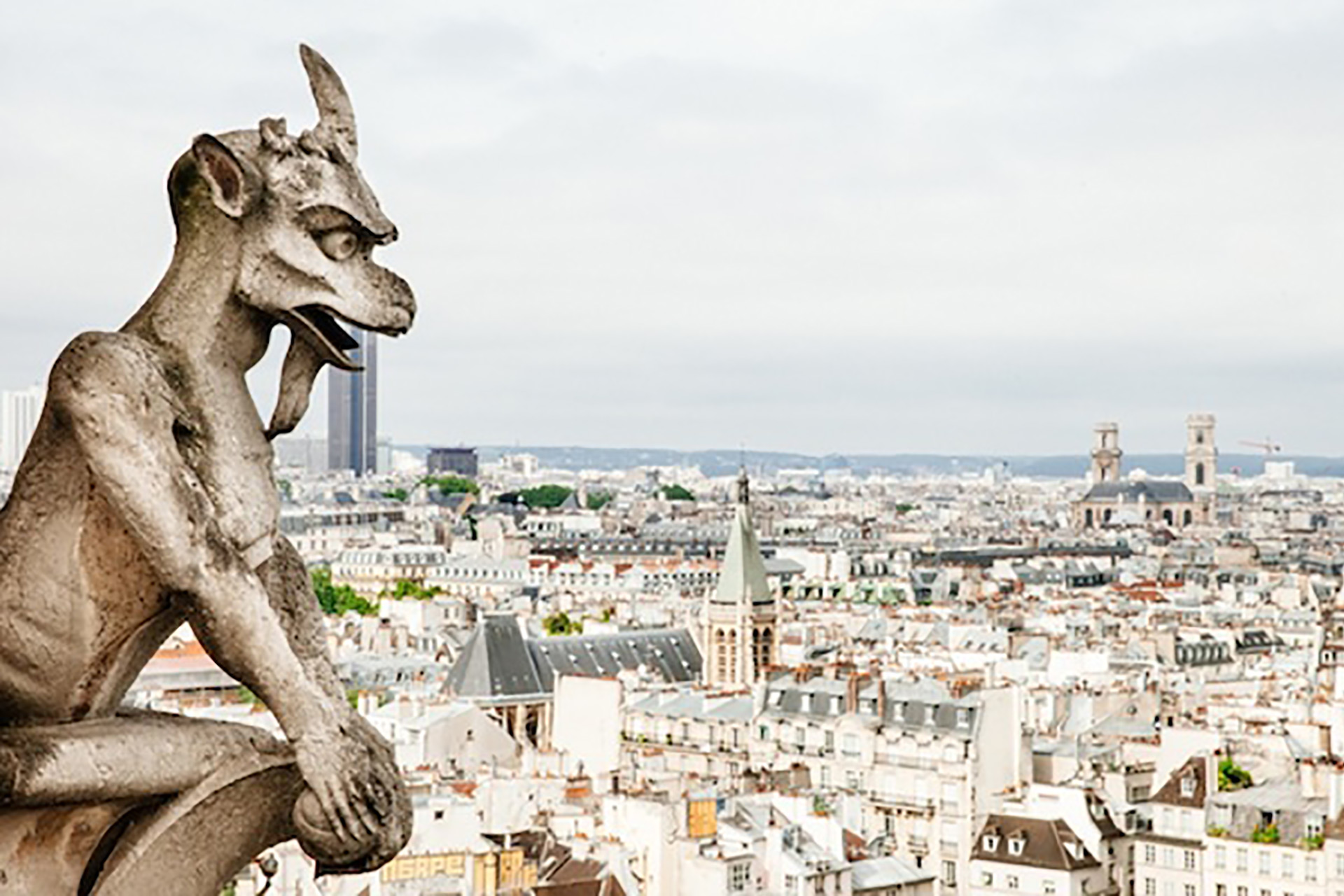 Immerse yourself in living history with this fascinating exploration of the historic heart of the city. Formerly called the ‘Cradle of Paris’, the Île de la Cité was first inhabited by the Parisii tribe more than 2,000 years ago, and your tour aptly begins in front of Notre Dame cathedral, whose first stone was laid back in the 12th Century. With your certified guide, you will learn the difference between a ‘gargoyle’ and a ‘grotesque’, and decipher the intricate details of the stone façade of this gothic masterpiece.

Our three-hour Notre Dame tour will unveil the tenets of the medieval Gothic architectural style, known for its soaring vaults, flying buttresses, intricate stonework, and shimmering expanses of stained-glass. Accompanied by a medievalist, historian or art historian, we’ll explore Île de la Cité, the city's central island, and its surroundings to encounter the principal masterpieces of Gothic Paris: the majestic Church of Saint-Séverin, the famous Notre-Dame Cathedral (exterior only), the Sainte-Chapelle, the Conciergerie, the Saint-Jacques Tower—the only remaining vestige of the church of Saint-Jacques-le-Majeur (Saint James The Great).
At the outset of the tour, we’ll learn about the background and context for this iconic architectural style with our guide. Born in 1144 at Saint-Denis, Gothic became the architectural style of Europe for the next four centuries. Fittingly, the Gothic wonders of Paris are—of course—the Cathédral Notre-Dame (closed today for restoration after a devastating fire on the night of April 15th, 2019) and the Sainte-Chapelle. Starting with one of the oldest churches in Paris, the Église Saint-Séverin in the Latin Quarter, we will discuss the ribbed vaults and walk down the church’s double aisles which, as inside Notre Dame lead to a famous ambulatory. With a better understanding of the main Gothic features, we’ll walk towards the parvise of Notre Dame de Paris. Here, our expert guide will help us unravel the elaborate symbolism of Notre Dame's sculptural decoration from the exterior, understand the development of the rose windows, and trace the evolution of the Gothic style. We will discuss the meaning of the iconic gargoyles and slender flying buttresses that represent the height of medieval engineering.
With its unified composition of architecture, stained glass, painting, and sculpture, the magnificent Sainte-Chapelle still takes our breath away. We’ll spend considerable time here, however, due to strict rules prohibiting group lecturing in the upper part of the chapel, we’ll do most of our conversation from the exterior before heading inside. Next, we’ll explore King Louis IX's chapel, where we’ll explore the vestiges of this former residence at the neighboring Conciergerie. Here, we will focus on the impressive feast hall designed for the royal guard, which is the largest surviving Gothic hall in Europe. Time permitting, we may also visit the former prison building where Marie Antoinette and countless others were held before being sent to the guillotine.
We will end the tour with a flamboyant style represented in the Gothic architecture of the emblematic Saint-Jacques Tower. This curious Gothic belfry stands alone in the heart of Paris and has long been the departure point on the pilgrimage route to Santiago de Compostela. Its enduring architecture offers compelling evidence of resistance to change. As our time together comes to a close, we will come away from the walk with a clear understanding of the main characteristics of Gothic Architecture and be able to identify them. We will also have a basic sense of the major landmarks of the Île de la Cité, once the epicenter of Medieval Paris, and grasp how these sites represent religious and secular authority in France's medieval capital.