Every wonder why American movies have such odd titles in France? Read on to find out!

With old-guard stereotypes of snooty Frenchmen and ignorant Americans gradually fading, there are fewer and fewer culture shock moments for travelers to experience. If anything, people are feeling more comfortable in Paris than ever, including explorations following the filming of locations of Midnight in Paris!

Well, I think that’s a shame to lose those culture shock moments! No need to fret; if you’re going to Paris and worried about not feeling sufficiently displaced, there is one bastion of Franco/American mismatch that stands strong – how to translate American movie titles. I know what you're thinking: “Don't the French translate American titles directly into French?” NOPE! It’s way, way better than that. Behold! “THEY CAME, THEY DRANK, THEY CAN'T REMEMBER”; Not only is the French tagline better, it rhymes as well!

In case you were wondering, the French have their own unique term for “hangover,” it's “gueule de bois”; literally: “wooden kisser.” So why not just re-title it that way? Well, for same reason “café au lait” in English isn't “coffee with milk.” Colloquialisms are hard to translate, so what you see here is an exercise in idiom-simplification as movie distributors in France attempt to keep that American … je ne sais quoi. Note how “Very Bad” is the Globish translation for …”Cool” as in Very Bad Cops and Very Bad Trip.

So when did this all start?

In the 1980s, movie distributors realized that their French audiences were increasingly English-speaking. So, to avoid the potential for confusion between a genuinely French movie and an American one with a title translated to French, they started keeping the English titles. This created a problem, as it made it harder for those with a more tenuous grasp on our language to quickly appreciate the premise of upcoming films from their titles.

And so, the compromise we have today was formed: the titles of mainstream English-language films are translated not to French, but to “Globish,”,the term for that array of 200 or so simple words and expressions, which give the impression of American-English fluency. As you'll see here, this is done most notably by removing “the” (“ze” as the French would say) or including the word “sex”.

Now, without further ado, check out at all these examples we found! I can't fault this one, you can't put two idioms together and hope they translate well The French:  Foiled again by the silent ‘K'!

When All Else Fails, Just Add ‘Sexe'!

And here we have the most all-encompassing term for any film in any way related to matters of intimacy, no matter how tangential the connection:  Sexe! You know BOTH your taglines are bad, when even the French roll their eyes and just write what they want: “Cruel and cunning; vicious and toxic; intelligent but prudish.” The French also like their Natalies and Ashtons with a little more redness to them.

Not Another Teen Movie How to solve the “How do we simplify the title and still convey this movie is a parody?” conundrum like a professional: “Let's just label all the characters!” The “it's not where you come from, but where you go” cliche seemingly also exists in France If anything, these titles are much more accurate

Get Him to the Greek Bonus! ‘Knocked Up' was translated to ‘En Cloque, Mode d'Emploi'; or, literally: ‘She's Pregnant: A Set of Instructions'. I believe this to be payback for French Connection UK I have no explanation for this one but I do like their twist on the tagline: “They wanted to live the American dream; instead they stole it.”

The Greatest Movie Ever Sold “You will never see another Hollywood movie in the same light.”

“The voice of success!” The Canadians go the literal translation route. Ironically, the French make fun of them for this.

In the context of things like ‘txt spk' and emojis, there is pretty convincing evidence of a global conspiracy to distill the English language down to its common denominators. So who knows, maybe Globish will make itself into our school curriculum someday? Until then, I’ll just stay on my high horse and keep making fun of these emulations. Or, for our French readers: Making Sexy Bad Fun of Title.

Don't forget to check out our favorite Paris movies to put you in the “real French” mood!

About the author: Olivier is a half-French, half-American digital marketer living in New York. Due to his bi-nationality, he insists this piece is inoffensive.

Posted on Wednesday, March 4th, 2015 at 11:36 pm in Favorite Paris Stories. You can follow any responses to this entry through the RSS 2.0 feed. You can leave a response, or trackback from your own site. 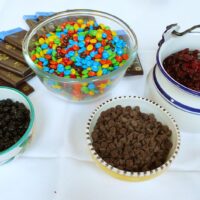 Love French Food, But Can’t Live Without Some American Treats 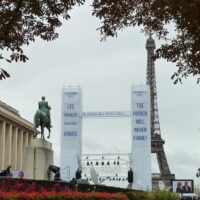